"Miraculous If We Can Write Ayodhya Judgment On Time," Says Chief Justice

Ayodhya Case Updates: "It will be miraculous to be able to write the judgment in the remaining period," Chief Justice Ranjan Gogoi today said. 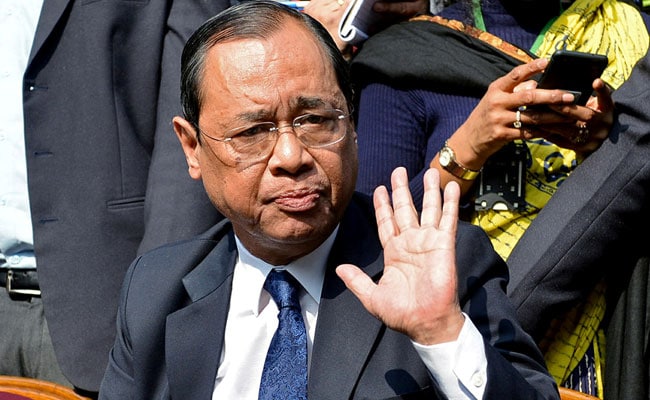 Ayodhya Case: "Are we to go on hearing till my last working day?" Ranjan Gogoi said

The Supreme Court reiterated its plan to wrap the arguments in the Ayodhya title suit by October 18. Chief Justice Ranjan Gogoi, whose term ends on November 17, said he cannot allot a day beyond October 18 for the arguments. The verdict in the case has to be delivered by November 15.

Discussing the schedule of hearing with the advocates in the court, Chief Justice Gogoi said, "It will be miraculous to be able to write the judgment in the remaining period".

To a lawyer who wanted 20 minutes to put forward his case, Chief Justice Gogoi said: "Today is the 32nd day of the hearing. You come now and say you also want to be heard. Are we to go on hearing till my last working day?"

The five-judge bench led by Chief Justice Gogoi has been giving daily hearings to the case since August 6, hoping to resolve the decades old temple-mosque dispute before he retires. This week, the court had even extended the time of the hearing by an hour.

Yesterday, advocate Meenakshi Arora, who is representing the Muslim petitioners, questioned the authenticity of Archaeological Survey of India's report on the matter, pointing out the report was not signed.

But today, senior Advocate Rajeev Dhavan, who is also representing the Muslim petitioners, said the report's authenticity cannot be questioned.

Ms Arora has also argued that the ASI report has many inconsistencies. Listing them, she said the ASI did not conduct carbon dating or thermal luminescence on samples from the site. The artefacts examined were mostly from the debris of the 1992 demolition and do not reveal the trappings of Hindu temple or Jain or Buddhist structure, she said. Morover, the examination of animal bones found in the excavation can reveal Hindu culture, but its carbon dating was not done by ASI, she said.

The animal remains, she further argued, does not point to the existence of a temple, to which Justice SA Bobde said, "(The remains of) boar or varaha cannot be found in mosque "

The arguments will resume tomorrow.