Arun Jaitley said the Vajpayee government first talked about the idea of GST in 2000 and had constituted a task force to suggest the new regime. 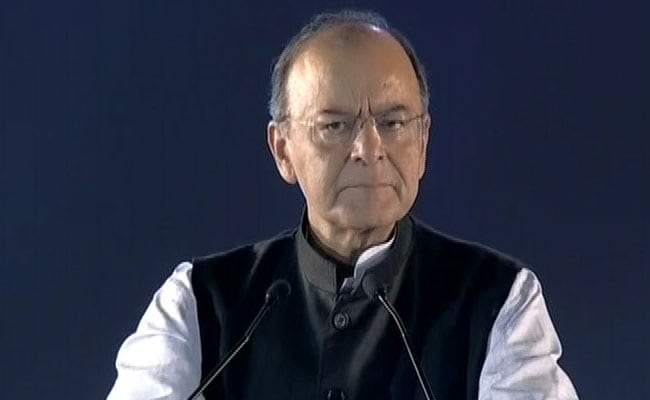 New Delhi: Finance Minister Arun Jaitley today sought to take away from the Congress the credit of being the originator of the landmark GST, saying the idea was first explored by the Atal Bihari Vajpayee government six years before Congress' first move.

Speaking at a public event, he said the Vajpayee government first talked about the idea of GST in 2000 and had constituted a task force to suggest the new regime.

The task force, headed by Vijay Kelkar, in 2003 submitted a report suggesting that central and state levies be merged or unified into a Goods and Services Tax (GST), he said.

Mr Jaitley said the government changed in 2004 and the incoming Congress saw merit in the suggestions given by the Kelkar committee.

And in 2006, the then Finance Minister P Chidambaram spoke of GST in his Budget speech and set 2010 as deadline for rolling out the new indirect tax regime, Mr Jaitley said, adding he could not implement the plan.

In 2011, the then finance minister Pranab Mukherjee, who is now the President, introduced a Constitutional Amendment in Parliament to bring GST.

But the UPA could not get all states onboard because they could not resolve how to compensate losses to manufacturing states, as GST being a 'destination-based' tax would benefit consuming states, he said.

Prime Minister Narendra Modi, he said, was clear from day one that India has to be unified economically and agreed to compensate states for any revenue loss arising out of the implementation of GST in the first five years.

This decision got all the 29 states and six union territories on board to agree to the new tax regime, he said.

India has 29 states and seven union territories but the Finance Minister apparently did not include Chandigarh, as that Union Territory is not considered to be separate because it is part of Punjab and Haryana in such negotiations.

"The day Modi decided to compensate the states for five years, then almost all states started speaking in the same voice....the government passed the Constitution Amendment (Bill) with full consensus," Mr Jaitley said.

He said Prime Minister Modi not just got the bill approved in the Parliament but also got states and UTs to pass their laws, with Jammu and Kashmir assembly being the last, with a resolution being passed yesterday for adopting GST.

Taking a dig at the Congress, he said the GST was in the party's election manifestos but at the last moment it did flip-flops as it was not sure if the new tax regime would pay off.

Mr Jaitley said all states irrespective of state governments supported GST because they felt it would benefit the state and the Congress too supported it by voting for it in Parliament and participating in GST Council meetings.

"They were doubtful that perhaps GST might not be successful, that is why towards the end they became a little nervous. They felt if GST clicks they will say they were part of the process that led to the new regime, and if it failed the government could be blamed," he said.

Congress thought if there are any hiccups in GST rollout, the government will have to bear the brunt and if there are any fruits, they will say they also contributed. "Their strategy is very clear but their attitude is not very clear," he said.

GST, he said, has integrated the nation as an economic entity by replacing over a dozen state and central levies with just one tax.

The new tax regime will go a long way in benefiting the economy and businesses, he added.

"No finance minister can bring in this type of change till there is support of the Prime Minister. No one had the ability to take bitter decision to overhaul the tax system... Our country became one from political viewpoint but not from an economic standpoint," Mr Jaitley said.
Comments
Arun JaitleyGST Roll OutCongress