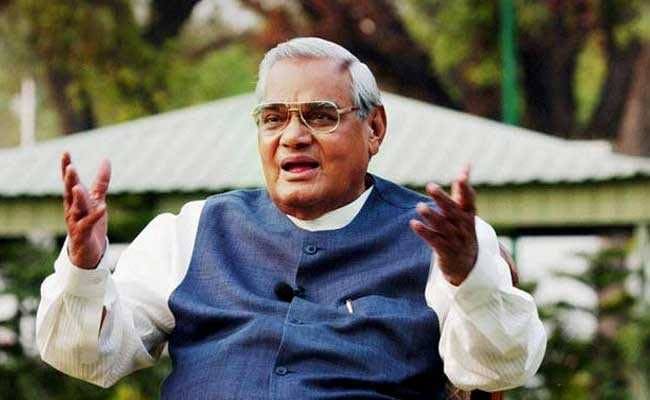 Atal Bihari Vajpayee, former prime minister and BJP stalwart, has been put on life-support system, the AIIMS said in a statement on Wednesday. The hospital said that Atal Bihari Vajpayee's condition worsened over the past 24 hours. Mr Vajpayee was admitted to the premier All India Institute of Medical Sciences (AIIMS) on June 11 with urinary tract infection, low urine output and chest congestion.

A new statement put out today said his condition has remains the same.

Congress president Rahul Gandhi has also prayed for his recovery.

Here are the updates on Atal Bihari Vajpayee's health: 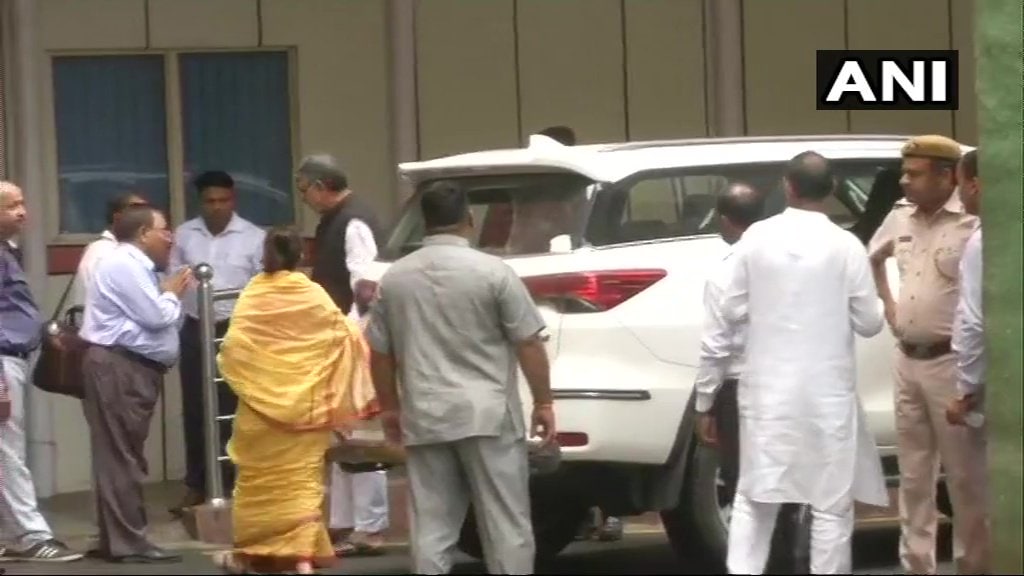 Former Jammu and Kashmir chief minister Farooq Abdullah after visiting the hospital said,"We should not forget he is one Indian leader who wanted to strengthen the country."
Aug 16, 2018 15:36 (IST)
Atal Bihari Vajpayee's family friends pray for speedy recovery
Members of the Beriwal family where former prime minister Atal Bihari Vajpayee used to put up during his visits to the city, are praying for his speedy recovery as his condition remains critical at the Delhi's All India Institute of Medical Sciences, according to news agency PTI.
For the Beriwals of Chittaranjan Avenue in the city, Vajpayee is a family friend. 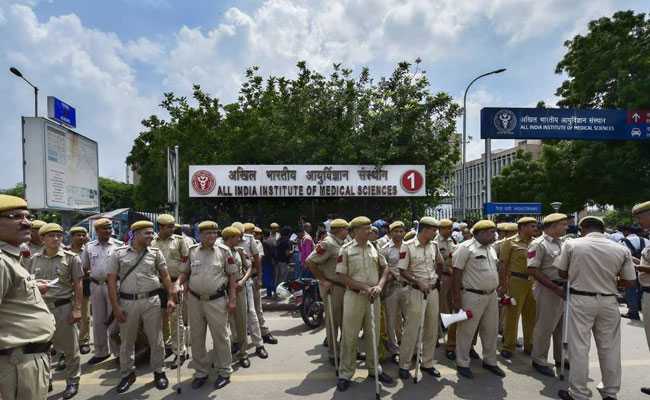 Aug 16, 2018 14:28 (IST)
"My prayers are with him, his presence is a great power to our democracy, He is a large-hearted person. Even if I opposed him, he was very dignified about it which speaks volume. He is very generous & very forthcoming," filmmaker Muzaffar Ali told ANI
Aug 16, 2018 14:27 (IST)
"Join the country in praying for the health of Former Prime Minister Atal Bihari Vajpayee ji," Punjab Chief Minister Amarinder Singh tweeted
Aug 16, 2018 14:24 (IST)

Our prayers go out for a speedy recovery of Former Prime Minister of India, Shri Atal Bihari Vajpayee. pic.twitter.com/IY4fFz26sK 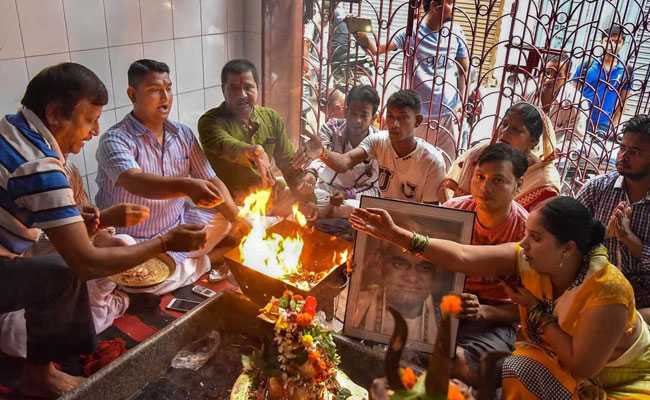 Aug 16, 2018 14:16 (IST)
Union ministers Dharmendra Pradhan and Jitendra Singh, and BJP leader Bhupender Yadav are outside Atal Bihari Vajpayee's residence
Aug 16, 2018 14:14 (IST)
"I have cancelled my work to visit Atal Bihari Vajpayee today. I got the chance to work with him. He is a statesman like figure. We supported him when his government was falling. His pattern of work was different and not like present politics," Mamata Banerjee told ANI 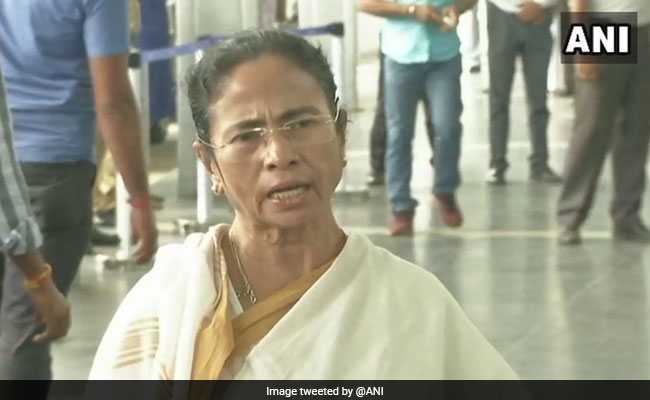 Deeply concerned with the critical health condition of Shri Atal Bihari Vajpayee ji ! He is one of the greatest Indian leaders we have seen. I wish him a speedy recovery and I pray for overcoming this critical condition. 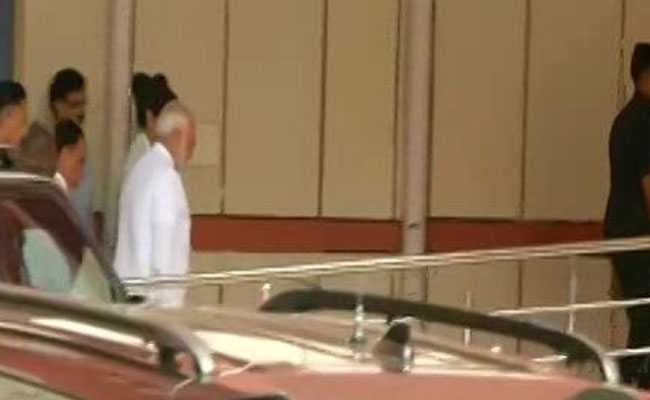 Aug 16, 2018 13:27 (IST)
Speaking on Atal Bihari Vajpayee, Odisha Chief Minister Naveen Patnaik said "I served as a member of his cabinet for two years, to hear about his health is distressing. He is a great leader and to work under him was a very good experience. I would be flying to Delhi today"
Aug 16, 2018 13:25 (IST)
In Punjab's Ludhiana, special prayers have been offered for Atal Bihari Vajpayee at the Sakteshwar Mahadev Ashram 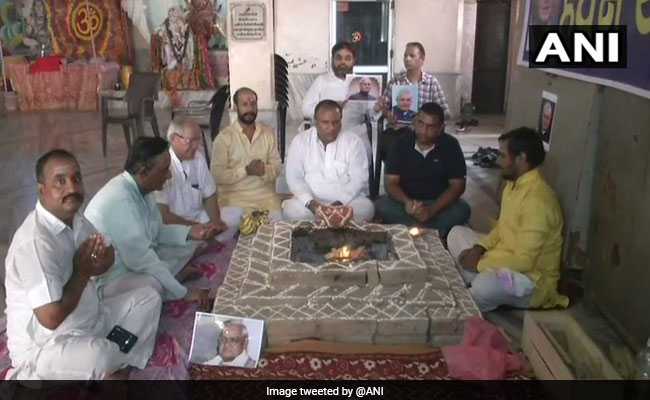 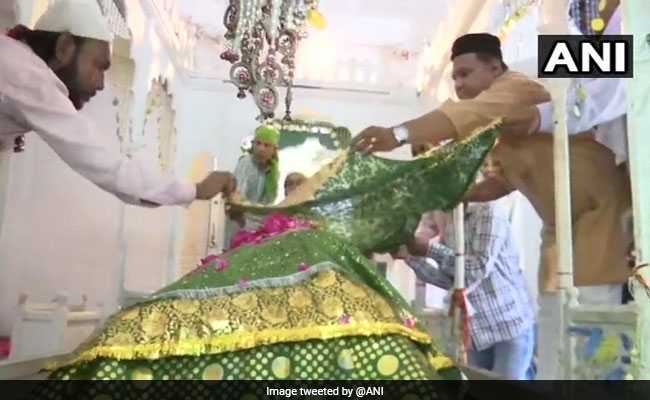 Myself and Manish Sisodia ji visited Atal ji in the hospital. We pray for his health and fast recovery# 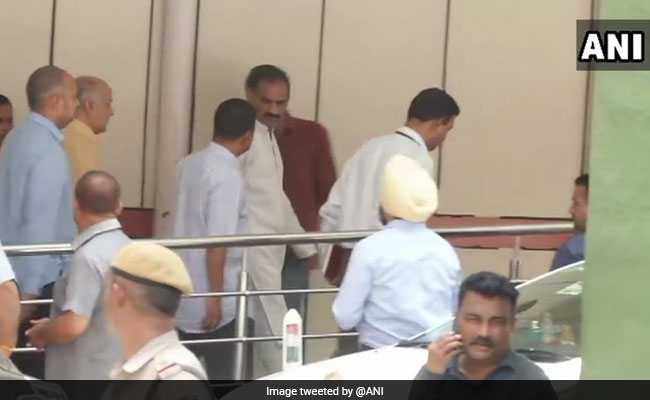 Worried about Former PM Vajpayee jis health. He and his family are in my thoughts and prayers. Can never forget the love and affection he showered upon me every time we met.

Aug 16, 2018 10:57 (IST)
Foreign minister Sushma Swaraj has reached AIIMS to enquire about the health of the former Prime Minister 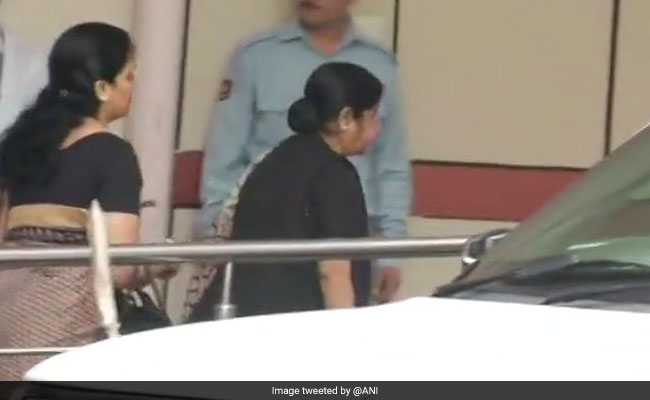 Aug 16, 2018 10:42 (IST)
Speaking about Atal Bihari Vajpayee, Uttar Pradesh Deputy Chief Minister Dinesh Sharma says "The news of his ill-health has saddened me. He has always been an inspiration and a guide to me"
Aug 16, 2018 10:33 (IST)
Atal Bihari Vajpayee's niece Kanti Mishra said to ANI "I have been praying to god that just once I can see him give a speech again. Our family can never ever erase that image of his from our minds. I hope he gets well soon" 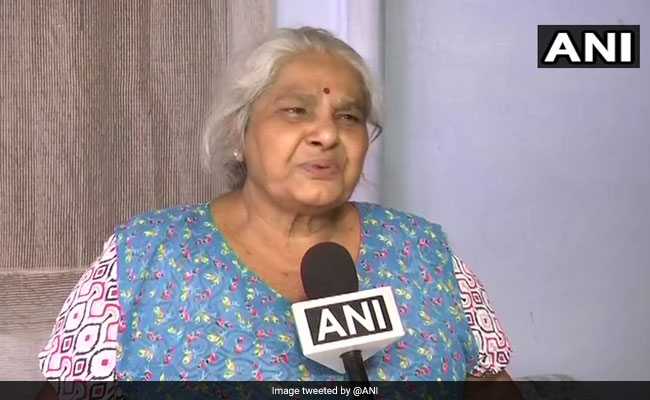 Aug 16, 2018 10:23 (IST)
Home Minister Rajnath Singh also arrived at AIIMS to enquire about the health of the former Prime Minister 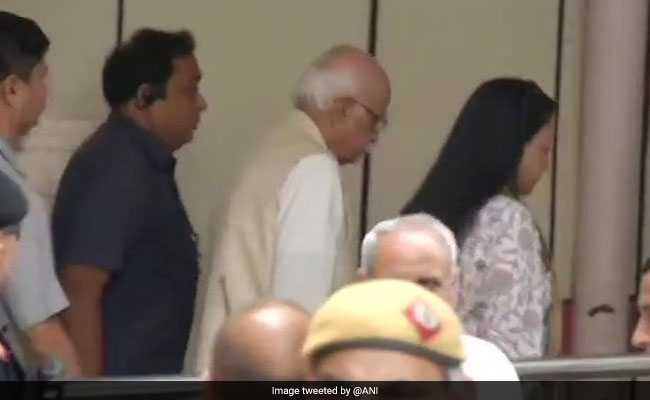 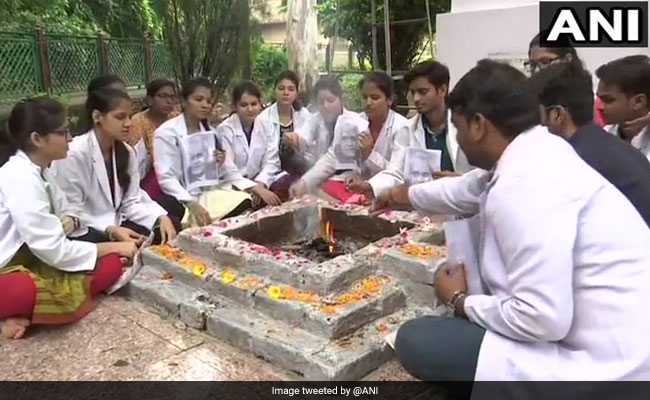 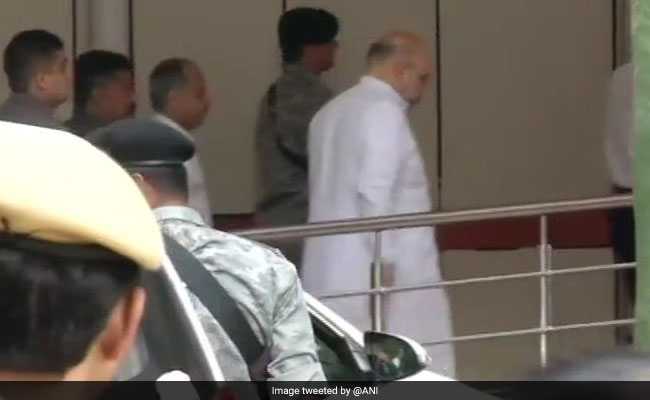 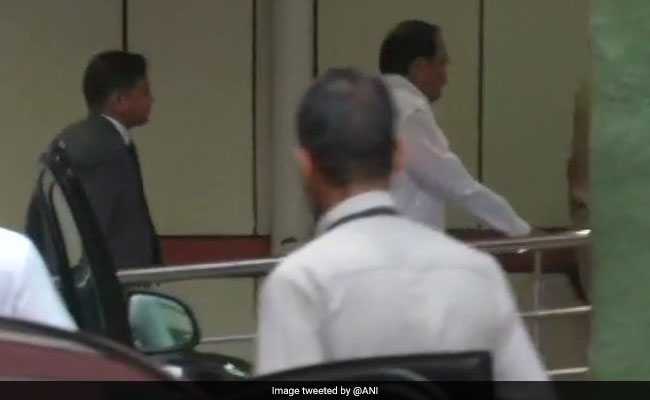 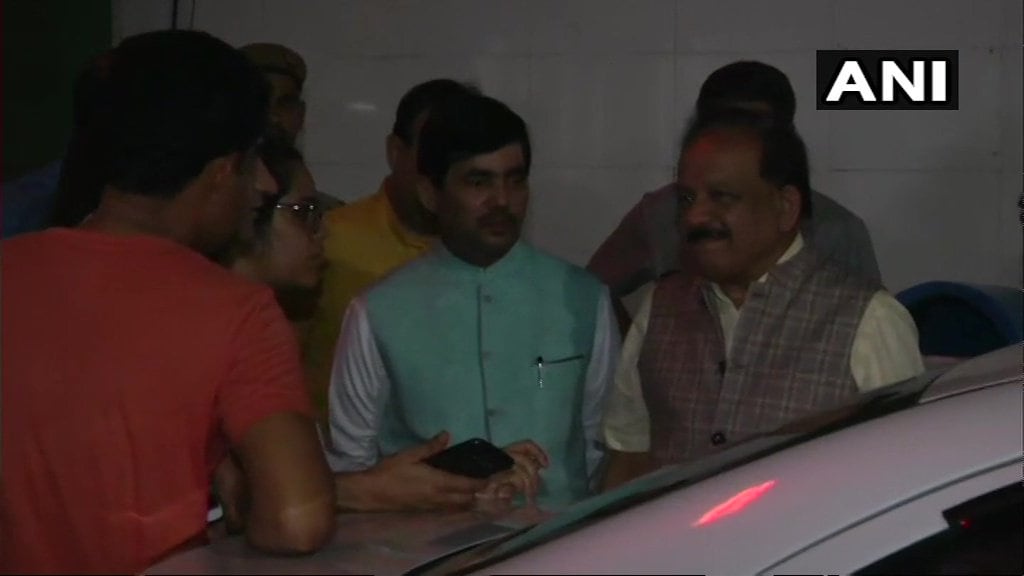 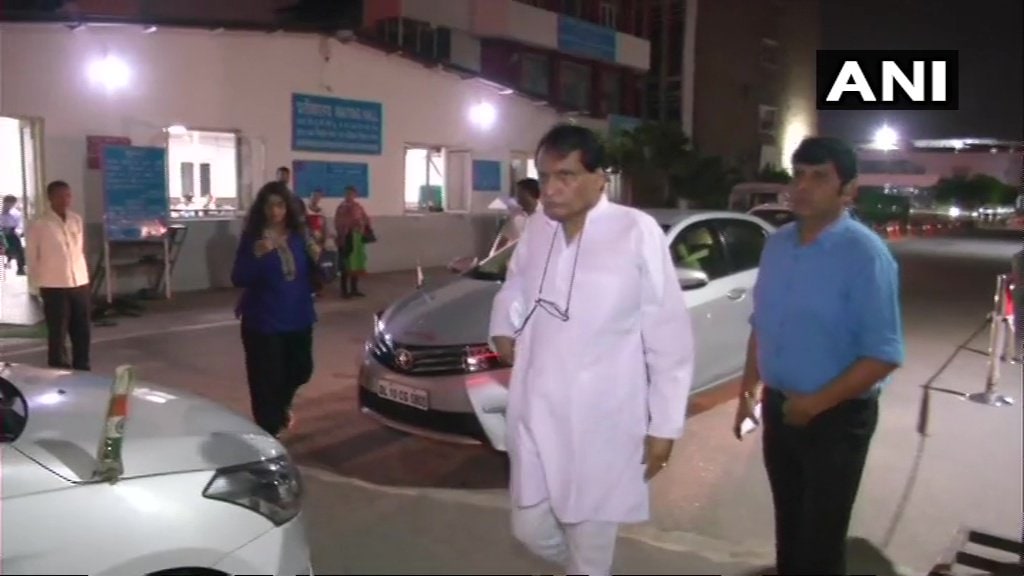 Aug 15, 2018 23:14 (IST)
Atal Bihari Vajpayee is under the supervision of Dr Randeep Guleria, a pulmonologist and currently the Director of AIIMS. Dr Guleria has served as personal physician to Mr Vajpayee for over three decades.
Aug 15, 2018 23:09 (IST)
Railway Minister Piyush Goyal, BJP lawmaker Meenakshi Lekhi and Union Textiles Minister Smriti Irani also visited the hospital to check on Mr Vajpayee's health.
Aug 15, 2018 23:02 (IST)
Prime Minister Narendra Modi on Wednesday visited AIIMS to enquire about Atal Bihari Vajpayee's health. PM Modi reached the hospital at around 7.15 pm and spent about 50 minutes there. This was PM Modi's fourth visit to Mr Vajpayee in AIIMS since he has been admitted.