Atal Bihari Vajpayee, a three-time prime minister, had retired from public life after his health turned frail. He was under the supervision of Dr Randeep Guleria. 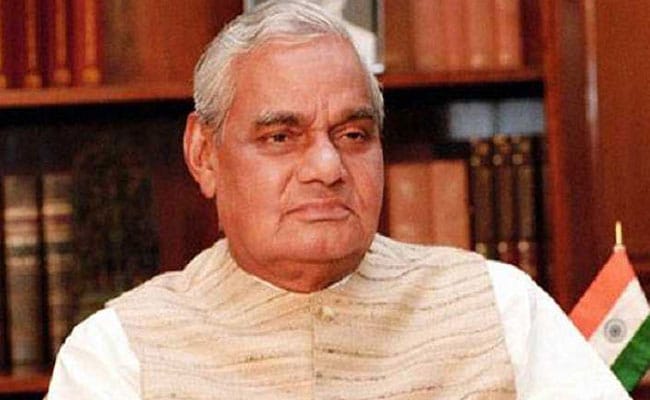 Atal Bihari Vajpayee died today at Delhi's AIIMS. He was 93.

Former Prime Minister and Bharat Ratna Atal Bihari Vajpayee, who was admitted to AIIMS with a kidney tract infection and chest congestion on June 11, died this evening just past 5 pm. He was 93 years old. His death was confirmed by the All India Institute of Medical Sciences.

Mr Vajpayee, a three-time prime minister, had retired from public life after his health turned frail. He was under the supervision of Dr Randeep Guleria, the Director of AIIMS. For over three decades, Dr Guleria, a pulmonologist, had served as personal physician to Mr Vajpayee.

Prime Minister Narendra Modi visited Mr Vajpayee this afternoon - his fifth visit since the veteran BJP leader was admitted at AIIMS. LK Advani, one of Mr Vajpayee's closest colleagues and his home minister in the NDA government from 1998 to 2004, was among the visitors. Congress chief Rahul Gandhi too visited Mr Vajpayee in the afternoon.

Here is the full text of the press release from AIIMS informing about Atal Bihari Vajpayee's death:

"It is with profound grief that we inform about the sad demise of former Prime Minister of India, Shri Atal Bihari Vajpayee at 05:05 pm on 16.08.2018

Shri Vajpayee was admitted in AIIMS on 11.06.2018 and was in the last 9 weeks under the care of a team of AIIMS doctors.

Unfortunately, his condition deteriorated over the last 36 hours and he was put on life support systems. Despite the best of efforts, we have lost him today.

We join the nation in deeply mourning this great loss."

Former Prime Minister & Bharat Ratna #AtalBihariVaajpayee passes away in AIIMS. He was 93. pic.twitter.com/r12aIPF5G0