After the meet, Mr Gandhi tweeted, "Today I met with our CLP Leaders & PCC Chiefs from all over India to review our election preparedness & strategy in each state." 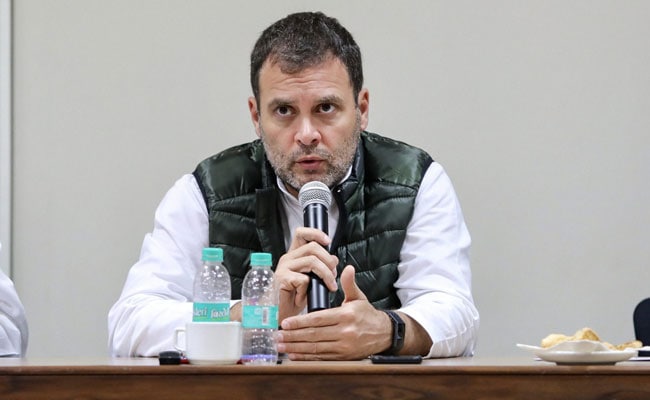 Congress chief Rahul Gandhi today held a strategy meet in Delhi with the party's lawmakers and state chiefs from across the country. The day-long meeting was meant to review the situation in each state and draw up a plan of action.

After the meet, Mr Gandhi tweeted, "Today I met with our CLP Leaders & PCC Chiefs from all over India to review our election preparedness & strategy in each state. We discussed a wide range of issues related to the upcoming elections. I thank all those who came to Delhi to attend this meeting."

With the national elections due by May, Mr Gandhi is in a hurry to press forward with the selection of candidates. In several states, including Uttar Pradesh, his lieutenants have been asked to speed up the process.

"Regarding candidate selection and finalisation, he guided (them) to take broader steps to make then more inclusive and to ensure the participation of maximum party stakeholders and workers," read a statement from the party. 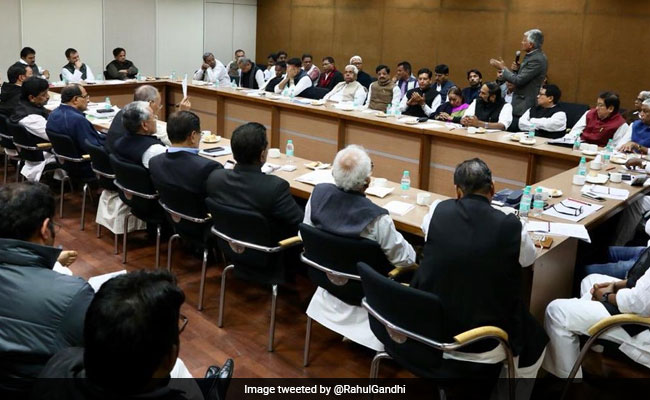 In the hour-long meeting, Rahul Gandhi addressed a variety of issues.

Given the alliance scenario, the Congress has a lot of ground to cover. In most major states, the party is contesting all seats alone.

Uttar Pradesh, with its lion's share of seats among states, tops the list. Mayawati and Samajwadi chief Akhilesh Yadav have kept the Congress out, claiming it has little to contribute by way of vote transfer. Announcing his refusal to "play on the backfoot", Mr Gandhi has announced that he would contest all 80 seats. To underscore that he is invested in the state, he has deputed sister Priyanka Gandhi Vadra and close aide Jyotiraditya Scindia to the state as the party's general secretaries.

The Congress will also go it alone in Bengal, where the party's state unit is at loggerheads with the ruling Trinamool Congress of Mamata Banerjee. After Uttar Pradesh and Maharashtra, Bengal has the third highest number of seats - 42.

No alliance is forthcoming either in Andhra Pradesh, given the people's distaste for the Congress over the bifurcation of Telangana. Chief Minister N Chandrababu Naidu, who has undertaken to unite the opposition against the BJP, has already negated the possibility. In Telangana also, the party intends to go it alone and contest all seats.

No alliance is likely either at Congress-ruled Punjab, or the heartland states of Rajasthan, Madhya Pradesh and Chhattisgarh, where the party recently won the assembly elections.

In states like Jharkhand, Kerala Maharashtra, Karnataka, Bihar and Tamil Nadu, consultations are on with allies about seat sharing.