Asteroid, The Size Of An Airliner, May Collide With Earth's Orbit: NASA

The latest asteroid visiting the Earth's neighbourhood is within two weeks of the last one on September 24, when it zoomed past Earth at a distance of about 13,000 miles above our planet's surface. 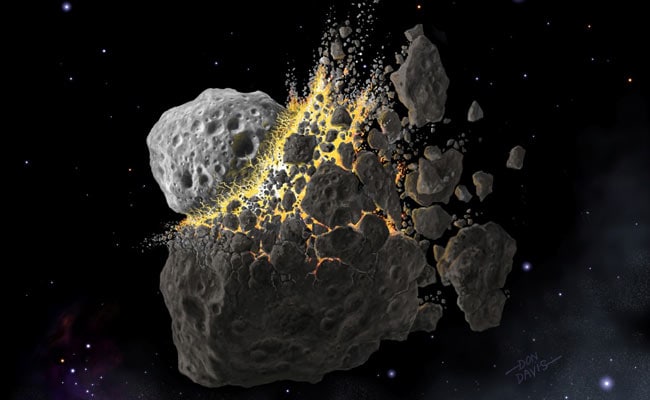 Asteroid Image: Several asteroids are in the NASA's watch list in the next few days

NASA is currently closely tracking 2020 RK2 asteroid, which is the size of a Boeing-747. The American space center's, Near-Earth Objects (NEO), stated that the asteroid is on the trajectory to come into a collision with the orbit of the Earth on October 7. Astronomers say, NASA first spotted the asteroid last month.

The asteroid is around 118 to 265 foot wide, according to NASA and is travelling at a speed of 6.68 kilometers per second. The space body estimates that 2020 RK2 is likely to go past the Earth at a great distance and even keen sky-watchers are unlikely to see the asteroid from the Earth.

Not only one asteroid, the NASA is expecting no less than five of them whizz past the Earth by Thursday. Before 2020 RK2, on October 6, another asteroid 2020 RR2, measuring 26 meters in diameter will fly past Earth at a safe distance of 6.2 million kilometre.

Asteroids are small, rocky objects that orbit the Sun. Most of the asteroids are found between the orbits of Mars and Jupiter. Scientists say a large number of these asteroids were formed about 4.5 billion years ago.