Election Results 2018: The five-state elections in Rajasthan, Telangana, Chhattisgarh, Madhya Pradesh and Mizoram is being seen as a trendsetter ahead of the Lok Sabha polls next year. 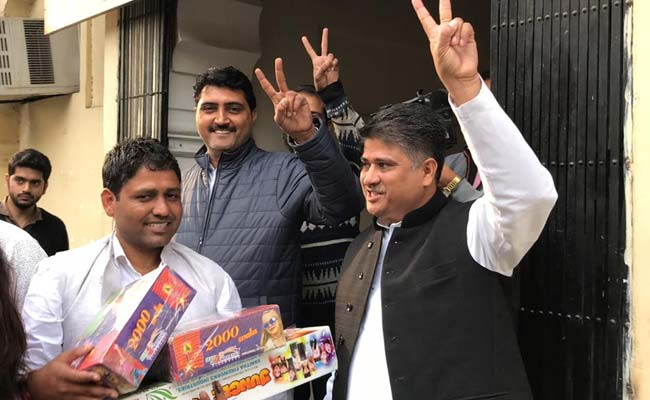 Election Results: Congress took an early and significant lead in the BJP-ruled Rajasthan.

The Congress took an early and significant lead in the BJP-ruled Rajasthan as counting of votes for the December 7 assembly polls is underway. The Congress is in a close fight with the BJP in Madhya Pradesh as officials counted the millions of votes polled in the assembly elections in five states.

The preliminary trends in the assembly election counting showed that in Telangana, Chief Minister K Chandrashekar Rao's Telangana Rashtra Samithi (TRS) was way ahead of the Congress. The TRS made significant gains, leading in 28 seats, leaving the Congress way behind in 15 constituencies.

In Madhya Pradesh, Congress and BJP candidates were leading in 18 constituencies each. The Bharatiya Janata Party (BJP) has ruled Madhya Pradesh for the past 15 years.

In Chhattisgarh, the two parties were leading ahead in nine seats each.

In Rajasthan, Congress candidates were ahead of their rivals in 34 constituencies. Rajasthan has never re-elected a ruling party in recent times, leaving the BJP on the possible winning track in 25.

The five-state elections in Rajasthan, Telangana, Chhattisgarh, Madhya Pradesh and Mizoram is being seen as a trendsetter ahead of the Lok Sabha polls next year.

Polling took place in 15,687 polling centres across the 199 constituencies of Rajasthan on December 7 and the state recorded a turnout of 74.21 per cent. The BJP and Congress are the main political parties in the state. Both the parties have claimed that they will emerge victorious in the elections.

The first-ever polls for the Telangana assembly were held on December 7 with a voter turnout of 73.20 per cent. The previous polls were held in the united Andhra Pradesh.

The election was held in Madhya Pradesh on November 28 and 75% of the state's 5.03 crore voters exercised their franchise, with around 1.64 lakh people having voted on an average in each constituency. Exit polls have projected a close contest for both the BJP and Congress in Madhya Pradesh.