Assembly Elections 2021: The Election Commission has imposed prohibitory orders under Section 144 of CrPC in all the constituencies, declaring them as ''sensitive''.

Voting began at 7 am for the final phase of polling in Assam and third phase in West Bengal. Voting also begins for the single-phase polling in Kerala, Puducherry and Tamil Nadu.

In Assam, the final phase sees 40 seats in play, with the ruling BJP targeting a second term. 31 seats are going to the polls in West Bengal in this phase.

The 140 seats of neighbouring Kerala also vote in a single phase today, with the LDF government led by Chief Minister Pinarayi Vijayan looking to retain power.

Puducherry is currently under President's Rule after the dramatic collapse of the V Narayanasamy-led Congress government. The party is contesting 14 of the 30 Assembly seats, with the DMK getting 13 and smaller allies the rest.

All 234 seats in Tamil Nadu - where the AIADMK and DMK traditionally reign supreme - vote in a single phase today. 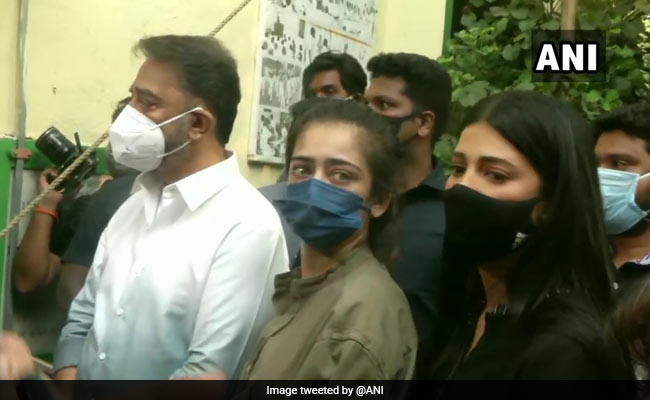 Makkal Needhi Maiam chief Kamal Haasan, his daughters Shruti Haasan and Akshara Haasan stand in a queue as they await their turn to cast vote. 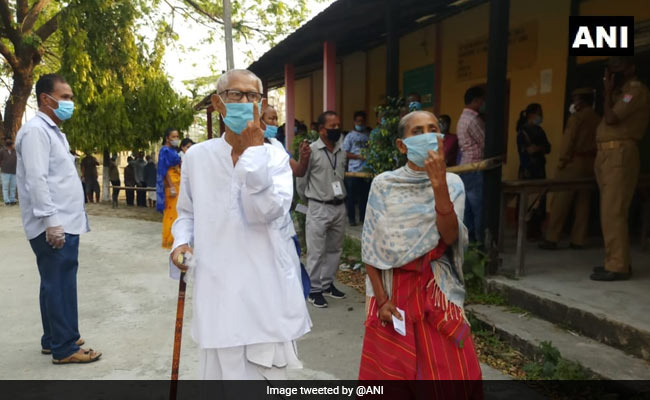 Two senior citizens cast their votes for the third and final phase of Assam Assembly Polls. 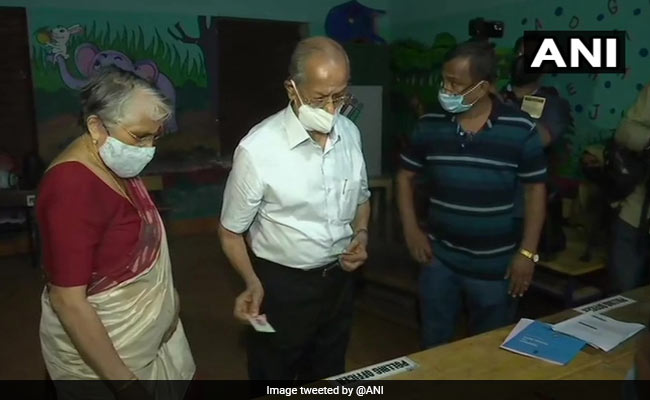 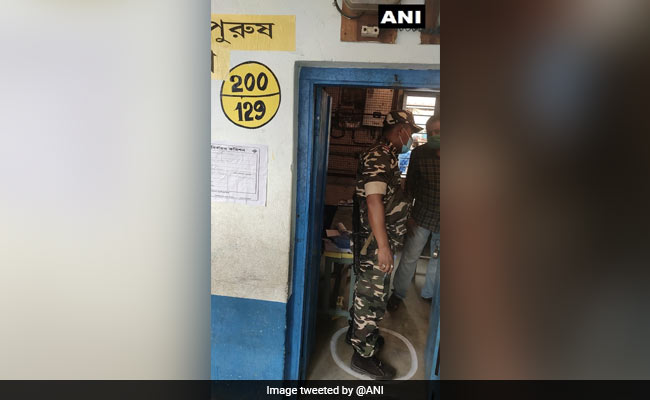 Voters standing in a queue at a polling booth in West Bengal's Hooghly,

Voting is underway with strict adherence to COVID-19 protocols.

The Election Commission has imposed prohibitory orders under Section 144 of CrPC in all the constituencies, declaring them as ''sensitive''.

Tight security arrangements have been made to ensure peaceful voting.