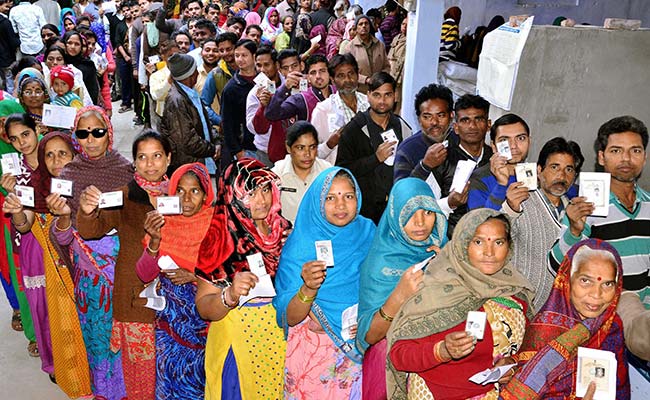 After a month-long fiercely fought election campaign, voting has wrapped up in five states - Uttar Pradesh, Punjab, Goa, Manipur and Uttarakhand. Results will be declared on Saturday, March 11. In Uttar Pradesh, which voted in seven phases, there's an intense three-way battle between the Samajwadi Party-Congress alliance, the BJP and Mayawati's Bahujan Samaj Party. Punjab too will see a tough fight as the Congress and the debutant Aam Aadmi Party will try to wrest control from the Shiromani Akali Dal-BJP alliance. In Manipur, the BJP is trying hard to end the 15-year-long rule of Congress's Okram Ibobi Singh and in Uttarakhand it is hoping to unseat the ruling Congress government of Chief Minister Harish Rawat. In Goa, where the BJP is in power, the party is engaged in a fight with the opposition Congress, AAP and an alliance of MGP, Shiv Sena and Goa Suraksha Manch for the 40-member House.

Following are the highlights of exit polls for Assembly Elections 2017 in five states: 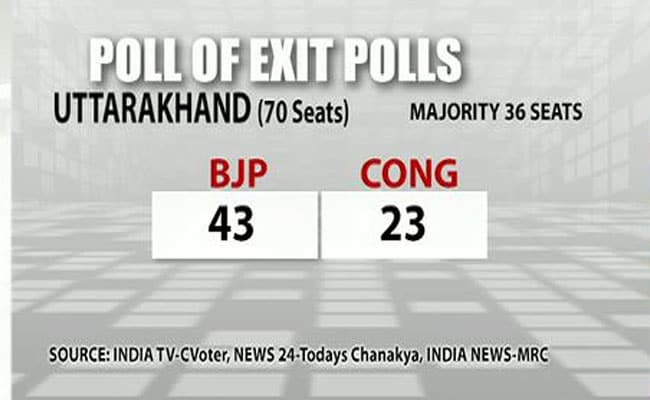 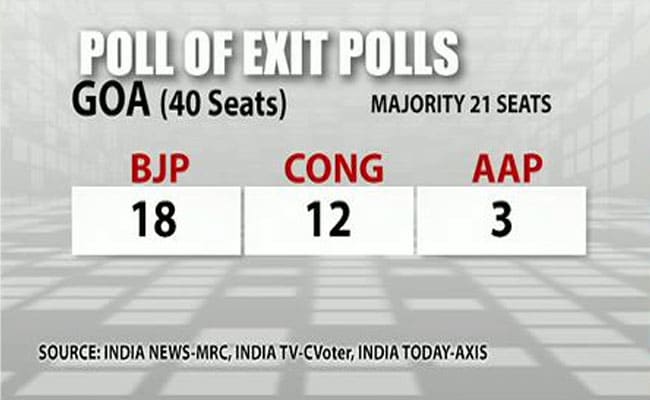 Mar 09, 2017 19:01 (IST)
The poll of exit polls for Punjab predicts a wipeout for the ruling Akali-BJP combine, which has been in power for 10 years. Click here to read more
Mar 09, 2017 18:57 (IST)
Who's Winning UP, Punjab? Here's What Early Exit Polls Show
An hour after TV channels began broadcasting exit polls, the picture for Uttar Pradesh seems to be clear - BJP ahead - whereas in Punjab, all possible outcomes have been forecast. Click on the link to read our detailed report.
Mar 09, 2017 18:50 (IST)
Exit Poll in Punjab so far 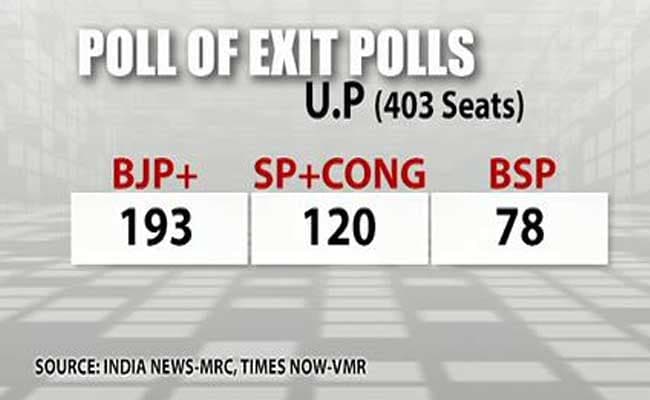 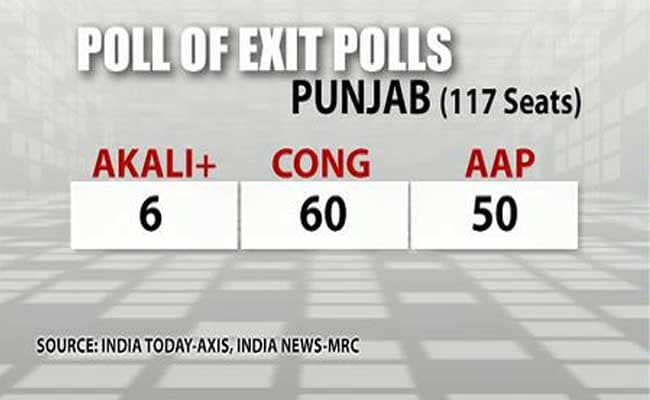 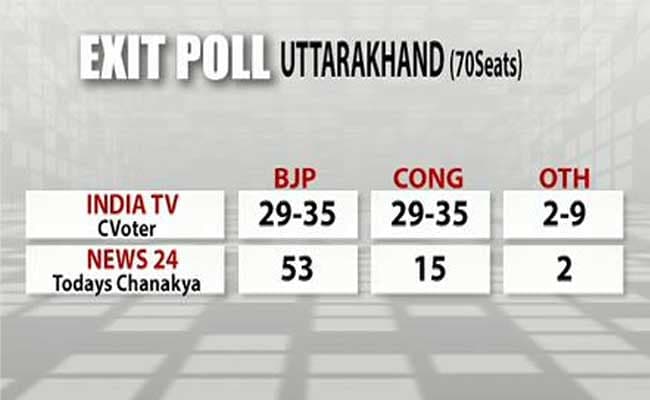 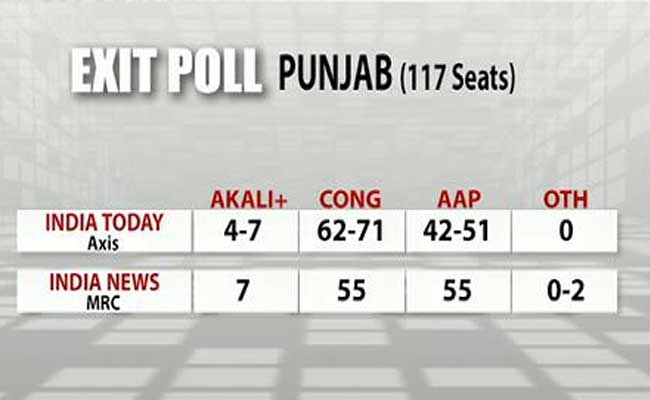 Mar 09, 2017 17:52 (IST)
In Manipur, C-Voter and India TV Exit Poll predict BJP as leading party
In Manipur, according to the Exit Poll by India TV C-Voter, the BJP will be able to dethrone the three-term government of Congress's Okram Ibobi Singh by winning between 25 and 31 seats. The Congress will end up with 17 to 23 seats, while others will win between nine to 15 seats. 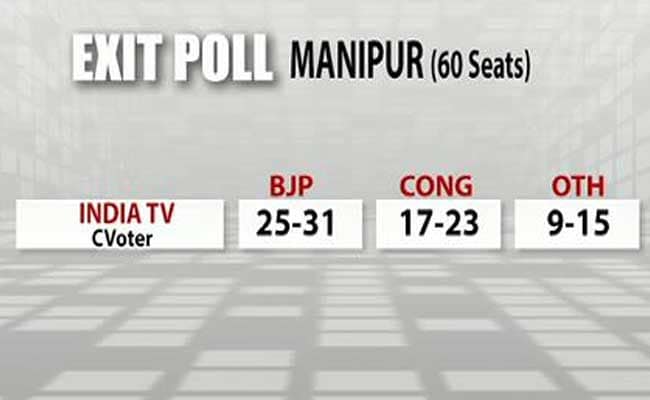 Mar 09, 2017 17:48 (IST)
The Times Now - VMR poll for Uttar Pradesh says the BJP+ might just win around 200 seats with their number pegged between 190 to 210 seats. Akhilesh Yadav's Samajwadi Party along with alliance partner Congress will manage 110 to 130 seats while Mayawati will lag way behind at 57 to 74 seats.
Mar 09, 2017 17:44 (IST)
India TV - Axis Exit Poll says Congress will win comfortably in Punjab
For Punjab, the India Today-Axis exit polls says the Akali-BJP government will fall badly to get just four to seven seats, while AAP will perform strongly to get anywhere between 42 to 51 seats. The Congress will win easily by getting between 62 and 71 seats. 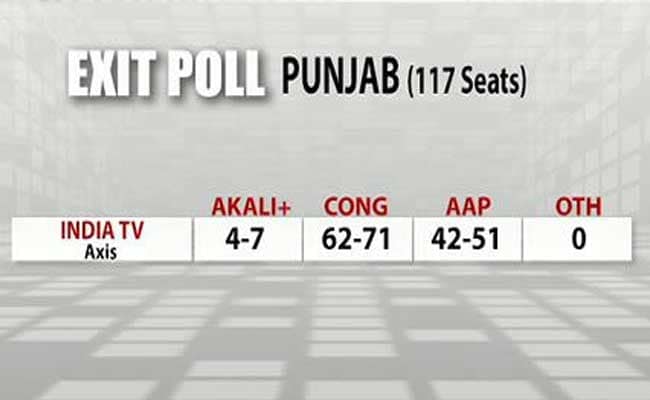 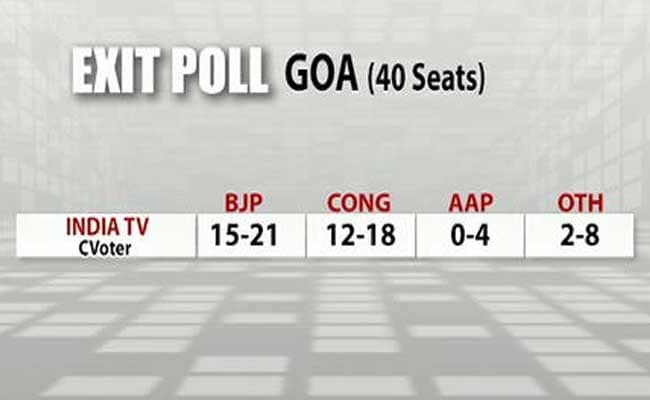 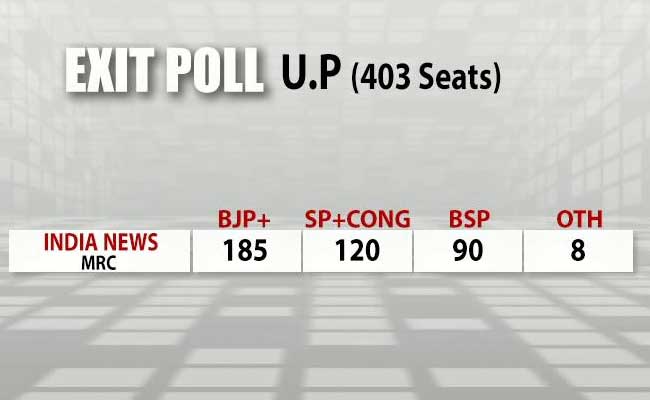