Ronita Krishna Sharma Rekhi, a Mumbai-based celebrity and production manager, back in Guwahati, her hometown, has urged other lactating mothers to join the cause. 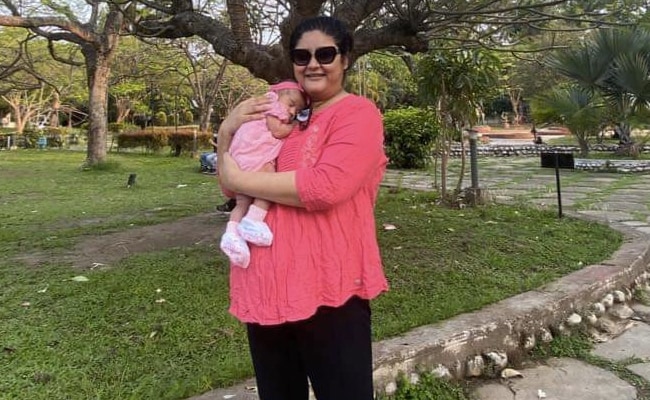 A mother of a two-month-old girl in Guwahati has volunteered to breastfeed newborns in the city who have lost their mothers to coronavirus or those who can't feed the child as they are in isolation due to the disease.

Ronita Krishna Sharma Rekhi, a Mumbai-based celebrity and production manager, back in Guwahati, her hometown, has also urged other lactating mothers to join the cause.

In the devastating second wave of infections, Assam has lost over 872 lives in this month alone, of which 296 were in Guwahati.

"Only for Guwahati as I live here. If any new born needs breast milk I'm here to help," Ms Rekhi tweeted on May 4.

No requests have come through yet, but Ms Rekhi has been amplifying her message on various social media platforms while taking care of her own child, Alaya Mohsin Rekhi.

"This is the least I can do at this time," said Ms Rekhi, who came to Guwahati for the birth of her child, who was born on March 10.

A mother, says medical research, lactates for six months after the birth of her child and produces milk surplus to her own child's requirement if she has a single child.

Dwelling upon the inspiration behind the move, Ms Rekhi said she saw a social media appeal for mother's milk for a Delhi-based woman who was in isolation after being infected with Covid. This, she says, made her think that a similar need may arise for someone in Guwahati.