In the video, a woman teacher is seen reading out verses from the Quran to students. The school, however, maintains that it was part of a learning activity and not an exercise aimed at promoting a specific religion. 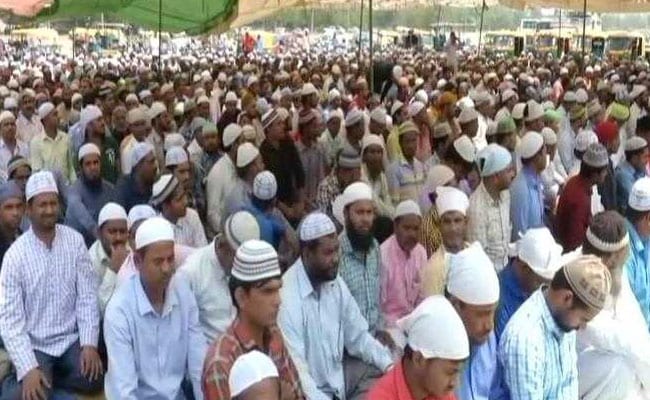 The school says the "namaz" was part of a learning activity for students ahead of Eid.

A video of a teacher allegedly showing students how to offer namaz at a school in Assam's Charaideo district has cropped up on social media, spurring outrage among parents and right-wing groups. Three separate complaints, including one by the Akhil Bharatiya Vidyarthi Parishad (ABVP), have been filed against the school.

The ABVP, a students organisation associated with the Rashtriya Swayamsevak Sangh, has accused the school of "inciting communal disharmony". The other complainants are a social activist and the local guardian of one of the students.

However, police said a preliminary investigation has revealed that the alleged "namaz training" was part of a learning activity at the CBSE-affiliated school ahead of Eid and not meant for conversion purposes, as alleged by the complainants. They also claimed that the woman teacher seen in the video is a Hindu.

"An FIR has been registered against the Welborne School in Sonari, and two others have been added to it. They have been accused of hurting public sentiments and creating communal disharmony. We are investigating the charges," said Charaideo Superintendent of Police Anand Mishra.

The police officer said that the school administration has provided them with a different version of events. "They have given us the full video to prove that it was part of a learning activity for children ahead of Eid. They say that the idea was to educate students about festivals, not promote any religion," Mr Mishra added.

In the video, the woman teacher is seen reading out verses from the Quran to students.