The ACSP or "Nischsyata"-- had identified and restricted transmission last year through active testing of cases that would have gone unnoticed otherwise. 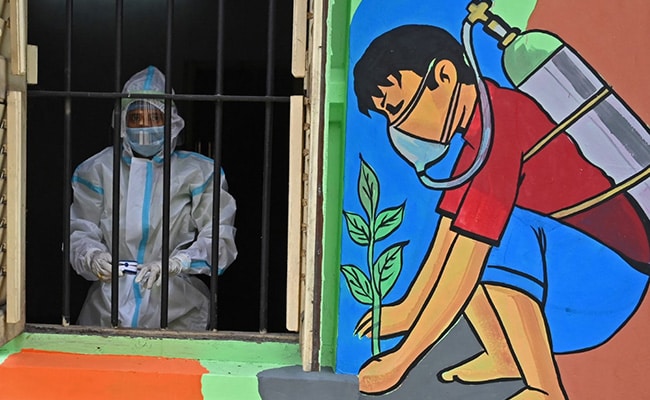 In its third phase, 28,000 villages across 153 health blocks will come under the scanner. (File)

Two months into the second Covid wave, Assam is relaunching a strong surveillance plan that had served it well in the first wave of the disease last year. The Assam Community Surveillance Plan (ACSP) had helped the state ascertain the extent of the virus transmission and sensitise people in remote villages. Starting Tuesday, the third phase of ACSP will be mobilised in 28,149 villages.

The ACSP - earlier called the Assam Targeted Surveillance Plan or "Nischsyata"-- had identified and restricted transmission last year through active testing of cases that would have gone unnoticed otherwise.

Under the programme, medical teams conducted testing in probable hotspots -- bus terminal, petrol pumps, truck terminals and hotels -- and among the staff members of the police, healthcare and municipality.

In its third phase, 28,000 villages across 153 health blocks will come under the scanner.

According to a notification mobilising the third phase, the ACSP will record the magnitude of COVID-19 transmission, maintain a database of the people entering the villages and keep watch on all the other diseases for speedy disposal of aid.

"Prior to the launch in districts, all the stakeholders will be trained by the state on the revised concept, roles and responsibilities and data flow to capture the daily performances at the state level. Based on the case load, necessary additional support will be extended to those districts," the notification read.

Assam has seen a four-time spike in death cases in the second wave, compared to the first.

Government data last evening showed around 3,300 people have died in the state, which has more than 52,000 active cases.