To cut the virus transmission chain, Assam Chief Minister Himanta Biswa Sarma has announced a ban on inter-district movement from May 21. 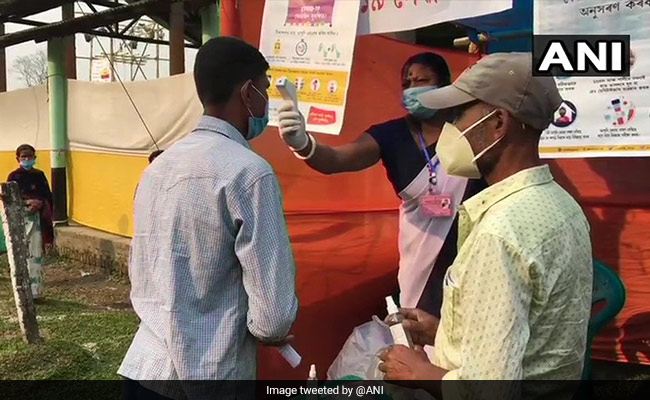 The positivity rate in Assam has dropped to 6.99 percent (File)

Assam on Monday registered 92 COVID-19 fatalities, its highest so far in a single-day. The state also reported 6,394 new Covid cases, which is also its biggest in a 24-hour period. Of the new cases, 1,100 were from Guwahati.

The positivity rate has dropped to 6.99 percent as the state conducted 91,481 tests on Monday. At 56, the state reported its lowest deaths in two weeks on Sunday.

The rate of recovery from the disease, said Chief Minister Himanta Biswa Sarma, stands at 85.73 per cent.

To cut the virus transmission chain, the Chief Minister has announced a ban on inter-district movement from May 21.

"There will be a ban on inter-district movement from Friday. It is necessary to check the spread of COVID-19," Mr Sarma said.

During the first wave, Assam employed an aggressive testing strategy - with tests going up to a lakh on several days. In the past one month, in the middle of a virulent second wave of infections, the state has been able to do on an average only 42,884 tests per day, which is 165 people tested per 1 lakh population, NDTV data analysis show.

The data from the Union Health Ministry and Assam Health Department show that the northeast state is among the top five states in the country in terms of percentage of rise in cases in the past fortnight.
Assam, over the past 14 days, has reported 69,668 fresh cases, the percentage of change is a whopping 101 percent. It is followed by Himachal Pradesh with 55,749 fresh cases and the change percentage over the same period is 98.28 per cent; Tamil Nadu had reported 3,91,104 fresh cases with a change rate of 81.35 per cent.