In his e-mail, Silchar resident Manobendra Chakraborty also asked if the efficacy of the first dose would be adversely affected due to the delay 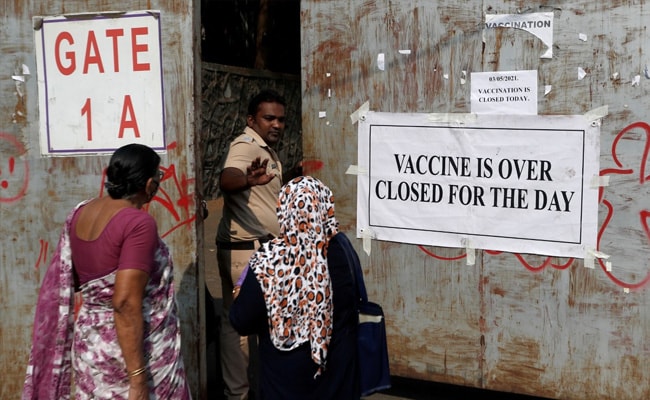 A 56-year-old man has written to the Deputy Commissioner of Assam's Cachar district, informing that he and his wife have missed their second dose of Covaxin owing to short supply and seeking an explanation on who will be held responsible if something happens to a citizen owing to the delay in getting the dose.
In an e-mail to Deputy Commissioner Keerthi Jalli, Silchar resident Manobendra Chakraborty has also asked if the efficacy of the first dose of the vaccine would be adversely affected due to the delay in getting the second dose.
He has stated that the administration was well aware that citizens who took the first dose will need the second dose and these should have been arranged in time.
Speaking to NDTV over the phone, Mr Chakraborty said he needed a "scientific explanation from the government". "The district administration has failed to arrange the second dose and who is responsible if something happens to the citizen" after the first dose, he said, adding that the government should come out with a Standard Operating Procedure (SOP) or provide an explanation to citizens.
Mr Chakraborty said he has tweeted to the Prime Minister, the Union Health minister and the Chief Minister, seeking their explanation on the matter. He said there is an SOP for Covishield that the second dose will be given 84 days after the first, but there is no such date for Covaxin. "I urged the government to clear the doubts of the citizens," he said.
Owing to short supply of Covaxin, the Assam government has stopped administering the first dose of the vaccine from June 1 and is focusing on giving away the second doses. Hundreds of people have been taking to social media to complain about missing their deadlines.
"Due to the heavy shortage of Covaxin in Barak valley region where Silchar lies, everybody's life has been at risk. The government has all the dates and they knew that citizens have to take the second dose on a particular date. Then why did they fail to arrange the second dose? Due to their failure, why will the citizens suffer?" he said.
Asked about the matter, State Health Minister Keshab Mahanta told NDTV, "Now, we have stocked about 1 lakh doses of Covaxin, our requirement is 1.50 lakh for the second dose, I think we will cover it in a short time."
The minister, however, denied that people are missing doses of Covaxin. "We are taking reports from every district. We assessed how much is required in every district and we have sent the supply district-wise."
Last month, the government said that on the basis of real-life evidence, particularly from the UK, the Covid Working Group has agreed to increase the gap between two doses of the Covishield vaccine to 12-16 weeks. No change was recommended in the interval for Covaxin though.