Pratidin Time, the private Assamese news channel where Parag Bhuyan worked, in a statement alleged he was "murdered" 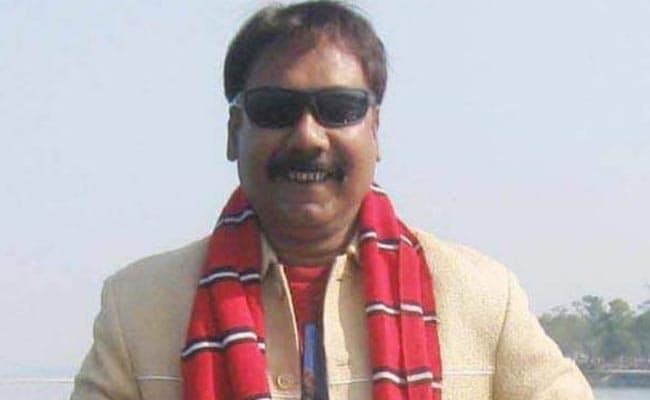 Journalists in Assam have alleged Parag Bhuyan was "murdered"

The Assam government has ordered a probe after a senior rural journalist from Tinsukia district, Parag Bhuyan, and brother of former Assam minister Jagadish Bhuyan, died in a hospital on Thursday after he was knocked down by a speeding vehicle under "mysterious circumstances" on Wednesday near his house at Kakopathar, 550 km east of Guwahati.

Chief Minister Sarbananda Sonowal gave his condolences. "Late Parag Bhuyan has made significant contribution in the field of journalism and his death is an irreparable loss to the society. I convey deep sympathy to the bereaved family and pray for eternal peace of the departed soul," Mr Sonowal said.

Mr Sonowal has ordered a probe by the Criminal Investigation Department (CID).

The Chief Minister's media advisor Hrishikesh Goswami also gave his condolences to the family of the journalist.

The police have seized the vehicle that knocked down Mr Bhuyan and arrested its driver James Murha and handyman Baba Bordoloi from Namsai in Arunachal Pradesh, bordering Kakopathar.

Pratidin Time, the private Assamese news channel where Mr Bhuyan worked, in a statement alleged he was "murdered".

"The speeding vehicle hit him right in front of his home and escaped through a police check gate. This morning only after the intervention of the Chief Minister through the DGP, the police sprang into action and seized the vehicle, 15 hours after the incident. The initial approach of the police gave us reason to be suspicious about the whole incident and we suspect that the brave journalist was murdered as he was doing a series of reporting exposing the illegalities and corruption around Kakopathar area. He had also received threats," Pratidin Time editor-in-chief Nitumoni Saikia said.

Mr Bhuyan was admitted to Aditya Nursing Home in Dibrugarh in a critical condition. He died while being treated.

Mr Bhuyan was also the vice-president of the Tinsukia District Journalists' Association.

The Guwahati Press Club has asked the Assam DGP to form a special investigation team to probe the case in a time-bound manner.

"The circumstances under which the senior journalist lost his life hints towards foul play, making it a fit case for a high level inquiry," Guwahati Press Club chief Manoj Kr Nath and General Secretary Sanjoy Ray said in a statement.