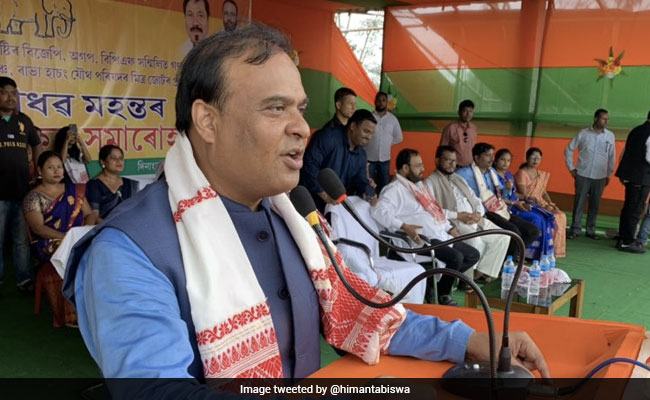 Cornered by sustained protests against the citizenship law, the BJP-led Assam government has "suggested" the centre must have several "safeguards" and "checks" in the set of rules to be framed for implementation of the controversial Citizenship (Amendment) Act, or CAA. The suggestions come after Chief Minister Sarbananda Sonowal said his government would ask for "stringent" rules before allowing CAA to be exercised in the state. Mr Sonowal made similar comments last month when he said the citizenship law was committed to protecting "genuine" Indian citizens.

"In our government's view one will definitely have to prove one entered India, and more so Assam, before 2014... to do this you will have to produce government account. Suppose bank account opened prior to 2014 or NRC application (was made) prior to 2014, applicant has to prove bonafide residency in Assam under CAA," Himanta Biswa Sarma, cabinet minister and a key BJP leader in the North East, said.

The citizenship law is the first time religion will be used to determine eligibility for Indian citizenship. The government says it will help non-Muslim refugees fleeing religious persecution from three Muslim-dominated countries - Afghanistan, Bangladesh and Pakistan. Critics say the law discriminates against Muslims and violates secular tenets of the Constitution.

"...during framing of rules please ensure no other religion can submit affidavit claiming they are Hindus," Mr Sarma added.

"We also need safeguard on cutoff date (and), if need be, we have suggested physical on-ground verification," he said, adding that it had also been "suggested" that the centre afford only a short window of appeal for those whose citizenship appeals are rejected.

"...lot of rumours that over 1 crore Bangladeshis will come... we request the centre have a very short window of appeal so rumour-mongering can be checked... our target people are selected during process of NRC (national register of citizens). The application process will hardly take two, three months in Assam," the BJP leader added.

The BJP has claimed the CAA will benefit between three and five lakh people in Assam.

His comments also come amid a renewed push by the BJP to drum up support for the CAA in the North East, which has seen violent and widespread protests against the bill. Earlier this month Assam BJP organised a booth-level conclave in Guwahati in a show of strength.