The couple was driving through a village in Assam's Goalpara district on Tuesday when their bike was intercepted by a group of villagers. 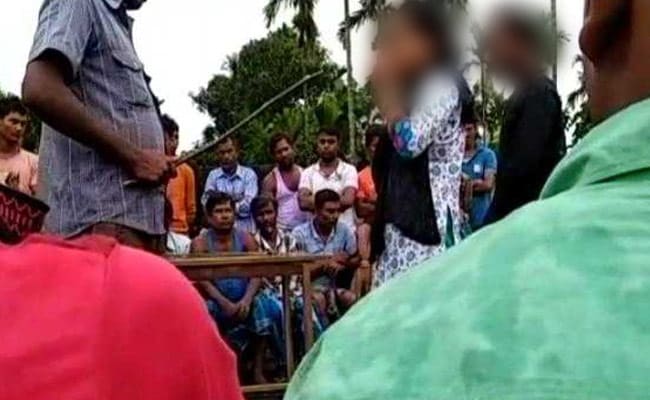 In a video the man holding a staff can be seen threatening the couple, the woman in particular.

Guwahati: An unmarried couple was dragged off a motorcycle and thrashed by a mob, in what has been reported as the latest instance of moral policing in the state. Quoting the brother of the man who was attacked, news agency Press Trust of India reported that after the assault, the villagers held a meeting and forced the couple to marry. Two people involved in the incident have been arrested, the police said.

The couple was driving through a village in Assam's Goalpara district on Tuesday when their bike was intercepted by a group of villagers. In a video, which has been widely shared on social media, a man holding a staff can be seen threatening the couple, the woman in particular. The man can be heard asking her to put her hand forward while her partner stands behind her, surrounded by a crowd.

As people stood watching the incident, another man comes from within the crowd and thrashes the woman with what appears to be bamboo stick.

"We didn't receive a complaint but we took suo motu cognisance of the case and have arrested main accused. A probe to arrest others is underway," news agency ANI quoted Assam Director General of Police Kuladhar Saikia as saying. While one person was arrested yesterday, another person was picked up this morning, the police said.

They were accused of wrongful confinement, voluntarily causing hurt and molestation, under sections of the Indian Penal Code.

Promoted
Listen to the latest songs, only on JioSaavn.com
The attack comes days after two men were beaten to death by a mob in Assam's Karbi Anglong, which mistook them for child kidnappers. The men were travelling to Dokmoka in their car when locals suspected them to be kidnappers and attacked them.