Tarun Gogoi Attacks PM Again: 'Is He Telling Me To Die Or What?' 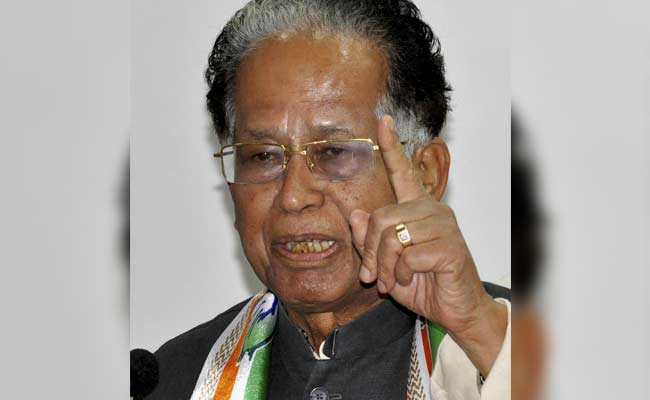 Guwahati: Amidst the Assembly poll heat in Assam, Chief Minister Tarun Gogoi today targeted Prime Minister Narendra Modi over comments that he was "90-years- old" and questioned whether the BJP leader was telling him "to die".

"He (Modi) claims he respects me and yet says 'Go Go Go'. He says I am 90-years-old. What does that mean? Is he telling me to die or what? If you say go to a 90-year-old, where will he go? Is he respecting me or making fun?" he told reporters in Guwahati.

The chief minister was responding to PM Modi's comment at an election rally on Saturday. "Gogoi ji, in a few years, you will be 90. You are my elder. I have come to Assam to do pranam (pay respects) and not fight with you," the prime minister had said.

In the poll affidavit filed by Mr Gogoi, his age is mentioned as "about 79 years".

Mr Gogoi said since the voters in Assam had elected him as their chief minister, disrespecting him amounted to disrespecting the people of the state.

"You (Modi) say you respect me as I am an old man. (But) he does not respect even his own party men, be it (LK) Advani or Murli (Manohar) Joshi or Yashwant Sinha. He never respects anyone," he said.

"They do not know the history of Assam. They say Sukaphaa attacked Mughals 17 times. They do not have any contribution to Assamese history and the struggle for independence," he claimed.

Last week, BJP president Amit Shah had said at a poll rally in Assam that Ahom king Sukaphaa had attacked and defeated the Mughals 17 times.

Sukaphaa founded the Ahom kingdom in 1228 AD and died in 1268 AD, while Babur established Mughal dynasty in 1526 AD.