Dairy farmers and cooperatives in Assam will suffer if the new Bill becomes law and is misused, Gaurav Gogoi cautioned. 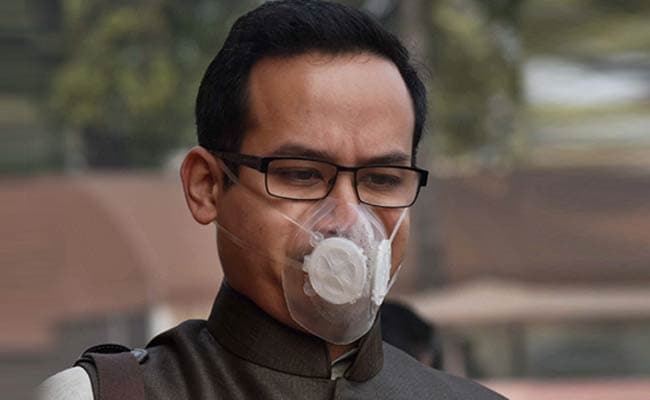 All key provisions of the Bill are present in the existing law of 1950, Gaurav Gogoi claimed (File)

Congress leader and MP from Assam's Kaliabor Gaurav Gogoi today alleged that the BJP government in the state introduced the Cattle Preservation Bill to deflect attention from its failure to manage the Covid situation and vaccine supply.

"The Cattle Preservation Bill is nothing but a ploy used by the government to hide its failure in managing Covid and vaccination. The government has failed in every aspect," Gaurav Gogoi said.

"In the 2021 election manifesto, the Congress had promised the construction of gaushalas in every district. The Assam Congress has also raised the issue of illegal cow syndicates operating in the state under the BJP government. Congress has been speaking about the protection of cows for a long time now," Gogoi said.

"All the key provisions of this Bill are already present in the existing law of 1950. Why was that not amended if needed, and implemented properly? Why the need for a new law? The government does not need a new law to tackle the problem of cow smuggling," Mr Gogoi asserted.

Dairy farmers and cooperatives in Assam will suffer if the new Bill becomes law and is misused, the MP cautioned.

"This Bill if converted into an Act and misused will sound the death-knell for thousands of dairy farmers and cooperatives in Assam. These cooperatives will not be able to take care of the aged cows that have stopped producing milk. It will create an environment of harassment when farmers want to purchase cattle. There is no mention of how to increase the production of dairy, create more cooperatives, production units, etc. The Congress government, on the other hand, had brought a World Bank project to Assam to promote dairy production," he said.

"It is a copy-paste job of the Ordinance on cow protection that the BJP introduced in UP. Despite the rich culture and public sentiments of the Assamese people, the Bill has been introduced by the chief minister at the behest of the RSS. Nagpur is directly dictating terms in Assam and the teachings of Mahapurush Sankardev-Azan pir are being ignored," Mr Gogoi added.

Assam Chief Minister Himanta Biswa Sarma on the first day of Budget Session Monday tabled "The Assam Cattle Preservation Bill 2021" as resolved by the Cabinet to protect and bar transportation of cows.

Assam Governor Jagdish Mukhi during his welcome speech on the first day of the Assembly after the BJP returned to power in the state for the second term this year, had mentioned the Bill seeks to protect the "sacred animal" that provides us with "life-sustaining milk".

The bill bans the sale of beef in the areas inhabited by the Hindus and in places within a five-km radius of temples, Satra and other religious institutions.