Assam Health Minister and BJP's go-to man for the Northeast, Himanta Biswa Sarma, said he would "wrap up his public life" when government health facilities became better than private ones, and added that it was happening in the pandemic. 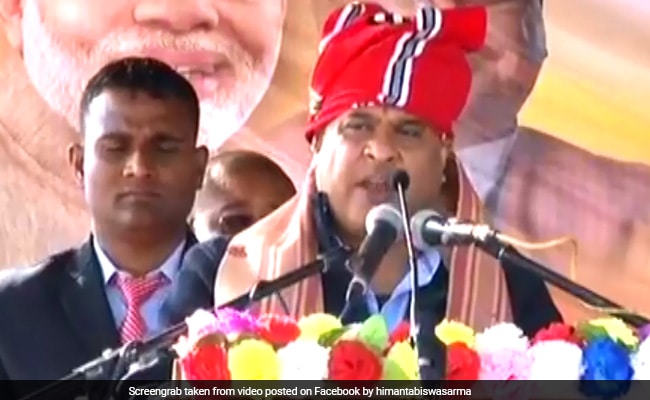 Himanta Biswa Sarma has been associated with the Assam health department since 2006. (File)

Assam Health Minister and BJP's go-to man for the Northeast, Himanta Biswa Sarma, again hinted on Monday that he might not contest next year's state assembly elections. The indication came during his address at an event in the capital city where he said he would "wrap up his public life when people start choosing a government hospital over a private one", and that this "change had started" during the pandemic.

"I have been associated with the health department since 2006; barring one year, I was there for almost 14 years. We know how difficult it was to set up an ICU, bring people to work and make staff appointments. I had dreamed that between Guwahati Medical College and Hospital (GMCH) and private nursing homes, people should choose the government hospital. I wanted to warp up my public life with this change... things have changed during the COVID-19 pandemic," Mr Sarma said.

He was addressing a gathering at the ceremonial distribution of appointment letters to 1,000 staff nurses under the National Health Mission and 219 ICU technicians under the Department of Health, Government of Assam, as a reinforcement measure to strengthen the health workforce to battle COVID-19.

"In the last 45 days, I have received numerous calls from people that someone in their family is unwell and they want a cabin in the GMCH. When I'd say all cabins are occupied, they'd request for the patient to be accommodated in in the general ward. My suggestion to approach a private nursing home would be turned down. The dream which I saw in 2006, I see it coming true in the last one month," said Mr Sarma.

Last month, Mr Sarma had categorically stated that he might not contest next year's state assembly polls in Assam.

Mr Sarma, who was earlier with the Congress, joined the BJP with a bunch of loyalists in 2015 and is seen as one of the key factors behind BJP's electoral success in Assam and the rest of Northeast.

He is also the Chairman of BJP's pan northeast anti-Congress political platform with other regional parties, known as the Northeast Democratic Alliance (NEDA).