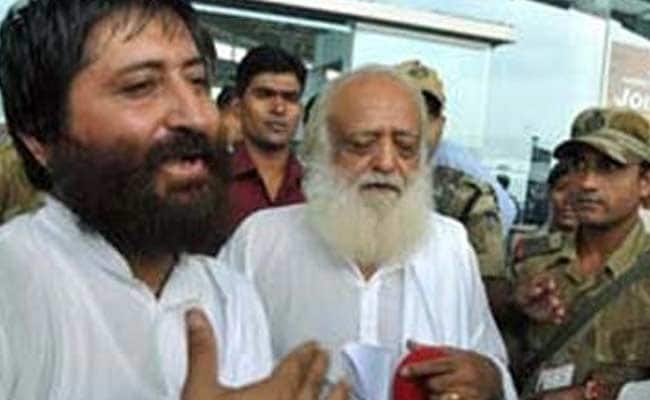 Indore: The daughter-in-law of self-styled godman Asaram Bapu, who along with his son Narayan Sai are lodged in jail in connection with separate rape cases, today accused the father-son duo of mentally torturing her.

Janki, 38, who is separated from Narayan, has also sought protection from police alleging that her family members and relatives were being threatened over phone to withdraw cases of domestic violence and alimony that she had filed against him in various local courts earlier, her counsel Rohit Yadav told reporters.

However, Janki did not name anybody for issuing the "threats".

While Narayan is in Surat jail under various offences including rape of a Surat-based woman, Asaram has been in jail in Jodhpur since August 2013 over allegations of raping a schoolgirl in one of his ashrams.

In her complaint to Khajrana police station, Janki stated that after she got married to Narayan on May 22, 1997, the latter established illicit relations with other women causing her mental torture.

"When I objected to my husband's illicit relationship with other women, Narayan used to threaten me to keep quiet," Janki told reporters at the police station.

She also accused Narayan of indulging in religious hypocrisy and impregnating his disciple.

Janki alleged that Narayan had threatened to remarry after divorcing her and subsequently married his disciple in Rajasthan and a child was born to them.

She also accused Asaram of pressurising her late father Devraj Krishnani to 'donate' a valuable property in Bhopal to the religious leader.

"We have registered the complaint of Janki against Asaram and Sai," Khajrana police station sub-inspector Shyamkishore Tripathi said, adding that police will take necessary action after investigating the complaint.