The Narcotics Control Bureau (NCB) on Friday gave a clean chit to Aryan Khan, the son of superstar Shah Rukh Khan, in the drugs-on-cruise case. 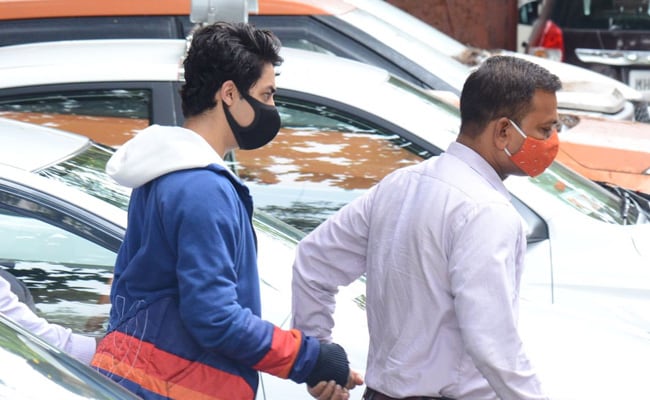 The Narcotics Control Bureau (NCB) on Friday gave a clean chit to Aryan Khan, the son of superstar Shah Rukh Khan, in the drugs-on-cruise case. A statement from NCB said that all the accused persons were found in possession of drugs except Aryan Khan and Mohak Jaswal, another passenger on the cruise.

Aryan Khan was arrested on October 2021 as part of the NCB investigation and had to spend more than 20 days in jail.

Here's a timeline of the case:

October 3: Aryan Khan is arrested along with his friend Arbaaz Merchant and Munmun Dhamecha. The accused are produced in front of the magistrate, who sends them to a one-day remand. Aryan is "Accused Number 1" in the case in which 20 people are arrested.

October 4: According to the NCB, texts found on Aryan Khan's phone point to international drug trafficking. The court grants NCB permission to keep the accused in custody until October 7.

October 7: The court dismisses the agency's request for additional custody. The accused are remanded in judicial custody. Aryan Khan applies for bail.

October 9: Aryan Khan seeks bail in a holiday sessions court. He claims he was wrongfully accused and that no narcotics were found on him.

October 13: The bail petition is heard by a special NDPS court, and it is postponed until the next day.

October 14: Special NDPS court postpones its decision on the bail plea until October 20.

October 26: The bail petitions filed by Aryan Khan, Arbaaz Merchant, and Munmun Dhamecha are heard by the Bombay High Court.

November 2021: Till now, the case was being probed by the NCB, Mumbai zone. The zonal head was Sameer Wankhede. In November, a special investigation team led by Sanjay Kumar Singh, deputy director-general of the NCB headquarters in Delhi, takes over the case.

December 2021: Sameer Wankhede's term ends. As the case is with SIT Delhi, Aryan Khan gets relief from his weekly appearances before the NCB Mumbai office.

April 2022: Prabhakar Sail, a key witness, dies of a heart attack. He was the one who alleged that a monetary arrangement had been made inside NCB to arrest Aryan Khan. Sail claimed to be the bodyguard of NCB witness KP Gosavi and said that when Aryan Khan was detained, Gosavi discussed a Rs 25 crore pay-off arrangement with Sail.