Delhi COVID-19 Cases: Delhi recorded 1,544 new COVID-19 cases on Tuesday - its highest single-day spike in August - to take the total number of cases in the city past 1.64 lakh 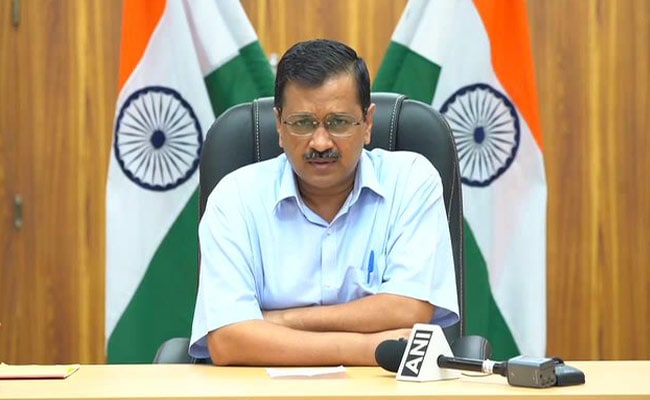 There has been a "marginal increase" in coronavirus cases in Delhi over the past few days, Chief Minister Arvind Kejriwal said Wednesday afternoon, adding that testing rates in the national capital would be doubled to around 40,000 per day as a precautionary measure.

Insisting that his government's primary strategy to contain the Covid outbreak - to test and isolate - had not changed, the Chief Minister also declared that the situation in the city - once the worst-affected in the country - is "fully under control".

"I urge people to keep getting tested. People think they don't have major symptoms so no need to test... please do not do that. Please get tested. If you have Covid, get isolated at home till you're cured. So, please keep getting tested," Mr Kejriwal said in his video address.

Mr Kejriwal pointed out that the recovery rate in the city was over 90 per cent, as opposed to the national average of around 76 per cent, and that no Covid-linked death had been reported from patients undergoing home isolation since July 14.

The Chief Minister highlighted a falling fatality rate - 1.4 per cent in August.

Directions have been issued, he added, for "stringent enforcement of Covid guidelines", including social distancing and face masks. These "directions" seemed in evidence on Tuesday night, when Delhi Police were seen fining those without masks in the Rajpath area of the city.

A reminder of these rules - "marginal increase" in coronavirus cases - comes as weekly markets (on trial basis till August 30) and hotels re-open in non-containment zones of the city. The Delhi government has also pushed for resumption of metro services in the city, with Mr Kejriwal telling the centre this week that "Delhi should be treated differently".

Mr Kejriwal also laid stress on the readiness of medical infrastructure in Delhi, with special emphasis on availability of hospital beds. In June, when the city was reporting between 2,000 and 3,000 cases per day, patients were struggling to be admitted in hospitals.

"We have 14,130 hospital beds, of which 10,500 are vacant. Only 3,700 beds are occupied as of this morning," the Chief Minister also said, seeking to allay fears that Delhi might struggle to deal with another spurt in cases.

Of the occupied beds, Mr Kejriwal went on to say, only 2,900 were occupied by Delhi residents. The rest, he said, had been given to people from other states and travellers returning to the country under the Vande Bharat Mission.

Delhi recorded 1,544 new COVID-19 cases on Tuesday - its highest single-day spike in August - to take the total number of cases in the city past 1.64 lakh. The number of deaths linked to the virus have risen to 4,330, while active cases in the city are now just two shy of 12,000.

Last week the results of a second serosurvey in the national capital showed that nearly a third of the population had been exposed to the virus.

"29.1 percent prevalence of the virus has been found in the second serosurvey," Delhi Health Minister Satyendar Jain had said. That meant 58 lakh people in Delhi now have antibodies.

In the first survey, conducted last month, 23.48 per cent of the population was found to have been exposed to the coronavirus.