Finance Minister Arun Jaitley has said that former French President Francois Hollande has made contradictory statements on the Rafale deal.

Arun Jaitley has, in his blog, countered allegations by Rahul Gandhi on the Rafale deal

Mr Jaitley's counter comes amid a political firestorm triggered by Mr Hollande's statement to a investigative website on Friday that the Indian government had proposed Reliance Defence as the Indian partner of French defence giant Dassault, and that France "did not have a choice" in the matter.

"He has, in a subsequent statement, said that he is 'not aware' if Government ever lobbied for Reliance Defence and that 'the partners chose themselves'," Mr Jaitley wrote. This, he said, "contradicts his first questionable statement which the French Government and Dassault have denied."

The former French premier, when asked whether India had pressured Reliance and Dassault to work together, told news agency AFP that he was unaware and "only Dassault can comment on this".

"His second statement in Montreal, Canada to AFP makes the veracity of his first statement even more questionable," the Finance Minister said. 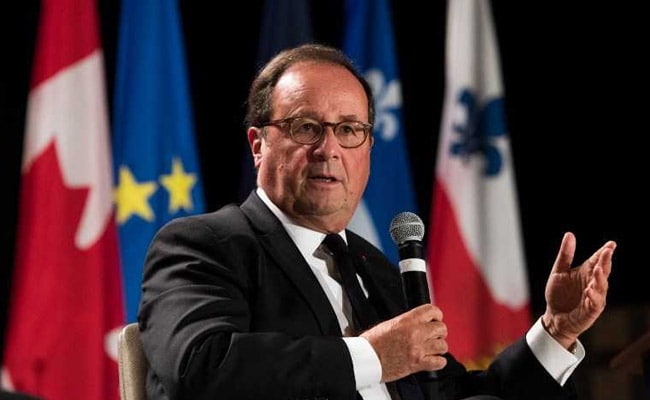 Mr Jaitley also took a swipe at the Congress which has seized Mr Hollande's statement to buttress its allegations of corruption in the Rafale deal.

"The Congress Party's official handle on 31.8.2018 had carried the tweet of one of its leader "It is evident that Anil Ambani bribed President Hollande through his actor-partner to get the Dassault partnership." For the Congress Party to allege that a former President had been bribed by an Indian business group and then use him as a primary witness, particularly when he is facing criticism for an alleged conflict of interest within his own country," Mr Jaitley wrote.

The Congress was quick to dismiss Mr Jaitley's remarks.

Blog Min @arunjaitley has got it wrong again.Rafale Deal was finalised between @narendramodi & @fhollande .Bit convoluted by even Mr. Jaitley's usually stretched logic that @fholande would cut his nose to spite his face when he said that GOI presented it with a fait accompli

The government has firmly denied any role in the selection of Reliance Defence as a partner for Dassault while France said that it was "in no way involved in the choice of Indian industrial partners" for the contract. For its part, Dassault Aviation has said that the decision to partner with Reliance Defence Ltd (RDL) to fulfill offset obligations of the deal was its own. 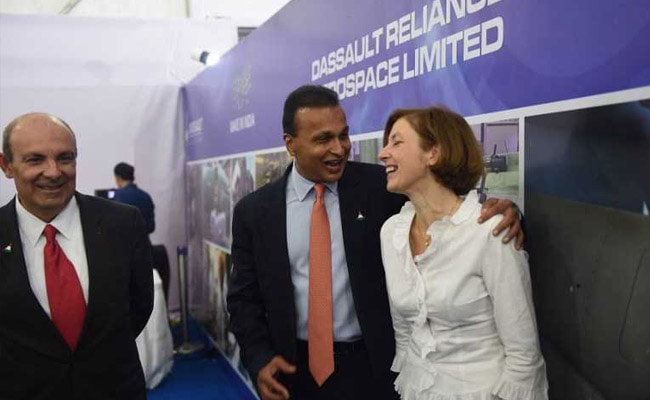 Anil Ambani with Dassault Aviation CEO (left). The joint venture of their companies, DRAL or Dassault Reliance Aerospace Limited, is at the centre of the Rafale controversy

PM Modi had announced the procurement of a batch of 36 Rafale jets after holding talks with then French President Hollande on April 10, 2015 in Paris. The opposition party has accused the government of choosing Reliance Defence over state-run Hindustan Aeronautics Ltd to benefit the private firm though it did not have any experience in the aerospace sector.