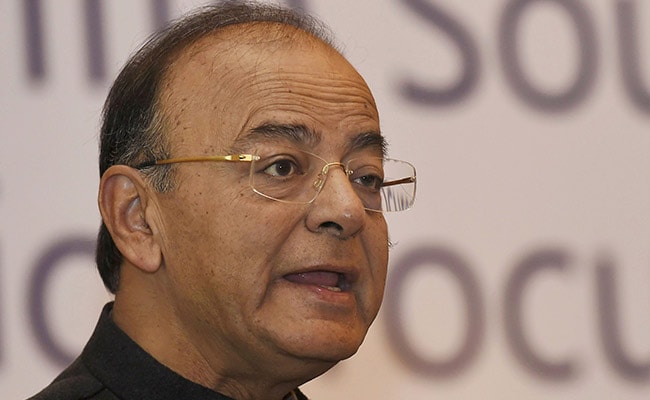 NEW DELHI: The motion to impeach Chief Justice of India Dipak Misra is a "revenge petition" aimed at intimidating one judge and sending a message to other judges, Finance Minister Arun Jaitley has said in a stinging takedown of the motion pushed by lawmakers from seven opposition parties including the Congress. He also accused "the Congress and its friends" of using impeachment as "a political tool", a step that he insisted, trivializes the use of this power and is "a dangerous event".

Mr Jaitley underlined that the motion, submitted just a day after the Supreme Court rejected a plea for an independent probe into the death of Judge BH Loya. The judge died while hearing a Sohrabuddin Sheikh fake encounter case. in which BJP president Amit Shah was named. The judge who succeeded Judge Loya cleared Mr Shah in the case.

Seven opposition parties including the Congress have taken the first step towards Chief Justice of India Dipak Misra's impeachment. The opposition petition lists five "charges" including the assigning of sensitive cases to handpicked judges. "We wish this day had never come," the opposition said in a statement.

In a blog titled "Judge Loya Death Case - The One That Almost Created a Judicial Mutiny", Mr Jaitley said the opposition's strategy to use the power to impeach a judge as intimidatory tactics posed a serious threat to judicial independence.

But Mr Jaitley, also a renowned lawyer, also appeared to blame the Supreme Court's four senior-most judges, who held an unprecedented Press Conference in January to speak against Chief Justice Dipak Misra. The Congress says their accusation that the Chief Justice had abused his position was the trigger for the impeachment motion.

Mr Jaitley said the divided court was the "single greatest threat" to judicial independence. "What has happened today is a price the Indian judiciary has to pay for misadventures of many. There is no better time for judicial statesmanship and political foresight," he said.

The Congress has denied that the move was linked in any way to the decision of a Supreme Court bench led by the Chief Justice yesterday that the death of judge BH Loya will not be investigated.

Promoted
Listen to the latest songs, only on JioSaavn.com
The party says the opposition was ready with the papers a week earlier and sought time to meet Vice President Venkaiah Naidu, who is also the Rajya Sabha chairman. The appointment came through today because Mr Naidu was travelling last week.

When the judges of the Supreme Court themselves believe that the judiciary's independence is under threat and democracy in peril, should the people of this country allow the institution to diminish and not protect it both from within and without, the Congress asked.