"Arthashastra" Is About Mobilisation For A Stable State: Bill Gates Aide

David Christian, co-founder of The Big History Project with Bill Gates, says the "Arthashastra" is all about mobilisation. 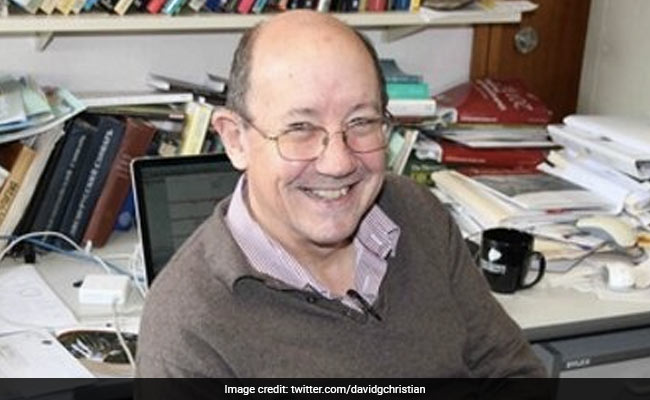 For David Christian, co-founder of The Big History Project with Bill Gates, discovering the "Arthashastra" was a revelation as the great Indian manual of statecraft offers a very clear statement of a widespread view of politics in the pre-modern world.

He says the "Arthashastra" is all about mobilisation, about the pumping mechanisms that drive flows of energy, labour and wealth from farmers and labourers and artisans to society's rulers in order to maintain a stable state.

Mr Christian, also co-creator of Macquarie University Big History School that provides online courses in big history for primary and high school students, talks extensively about the "Arthashastra" in his book "Origin Story: A Big History of Everything", published by Penguin.

The Big History Project has built a free online syllabus on the history of the universe and is taught in many schools across the world.

According to the author, the view that "Arthashastra" offers is that having a state is almost always better than having no state, even if that state is quite harsh, undemocratic and cruel.

He is also of the view that all origin stories have tried to develop solutions.

"The solution of the Vedas is similar to that of many origin stories; it begins not with something or nothing, but with a sort of in-between state of tension. Oddly, that is very like the thinking of modern quantum physics, in which the vacuum is not a place of complete emptiness, but rather a place that is pregnant with possibilities," Mr Christian told PTI in an interview.

He says that India, like China, was one of Afro-Eurasia's economic, military, political and cultural superpowers for much of the last 2,000 years.

"But after the unification of the globe from 1500, Europe, whose mariners were suddenly at the centre of vast new flows of wealth, information and power, suddenly became richer and more powerful than ever before. For about 200 years Europe''s power eclipsed that of older great powers, including India, China and much of the Islamic world. Today, I believe we are seeing a return to the ancient global balance of power in which India is once again a superpower," he says.

He thinks widespread fear of science is very dangerous.

"We need to persuade as many people as possible that science, despite its imperfections, offers the best guide we have to solving the world''s great problems. But of course, we also need a clear sense of morality to guide what we do with our scientific knowledge," he says.

Terming distortion of history as potentially very dangerous, Mr Christian stresses on the need to construct and teach a history of humanity that can show the extent to which all modern humans face similar challenges and will have to work together across the globe to solve them.

"That is one of the things that "Origin Story" tries to do. It is an origin story for everyone who lives today, and the first origin story that is not anchored in a local or regional community, but can work for people throughout the world," he says.

He wrote "Origin Story" in an attempt to update his ideas on big history, which had been evolving over 30 years.

"My first book on big history, ''Maps of Time'', was well received but was long and quite academic, so it did not reach many outside of the university world. I hope "Origin Story" will reach a much bigger audience, and I am encouraged by the fact that it will be translated into more than 25 languages, including Marathi."

Asked if he sees any commonality in origin stories of the world, he
says there are huge differences in such stories.

"Until recently, most origin stories shared a belief that many unpredictable aspects of our world were determined by spirits or gods. That was a reasonable idea before we had better explanations for phenomena like earthquakes, hurricanes and climate change. But today, we have more precise explanations, so a modern origin story does not explain phenomena by positing the existence of gods," he says.

Mr Christian rues that growing inequality threatens to generate conflicts, and in a world with very powerful weaponry, such conflicts could be much more destructive than the conflicts of the past.

He says he is increasingly convinced that the big problems today are not with science; they are with politics.

"Our science offers all the tools we need to build a better, safer and
more sustainable world; it is our political technologies that are lagging behind, above all, our failure to build bridges between different nations and regions," he says.