Arrested With Drugs Worth 2.2 Lakh, Actor Ajaz Khan Calls It A Conspiracy

The Navi Mumbai police arrested Ajaz Khan from a hotel in Belapur in Navi Mumbai. 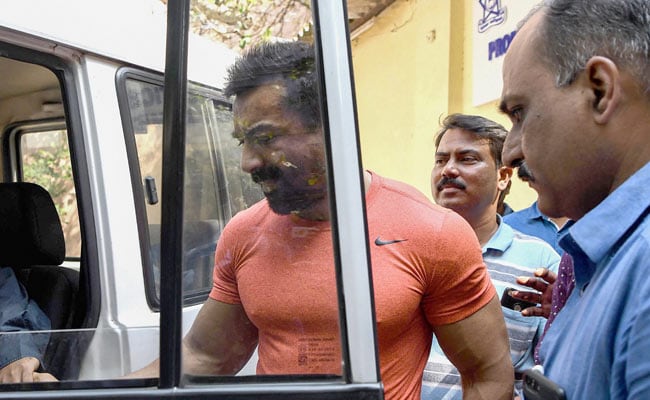 Actor Ajaz Khan has been sent to two days police custody after he was presented at a Mumbai court by the police today. The anti-narcotics cell of the Navi Mumbai police arrested him on Monday night for allegedly possessing eight tablets of Ecstasy, a banned substance.

The former Bigg Boss contestant has denied committing any crime and alleged that it was part of a conspiracy.

The police arrested him from a hotel in Belapur in Navi Mumbai.

"Based on specific information, the 38-year-old actor was arrested from the room of a hotel in Belapur. Khan, a resident of Andheri in Mumbai, was possessing tablets of 'Ecstasy', a narcotic drug," Deputy Commissioner of Police (Crime) Tushar Doshi, said.

A release by Navi Mumbai police said Khan has been booked under the Narcotic Drugs and Psychotropic Substances (NDPS) Act and others.

The value of the drug recovered from him is Rs 2.2 lakh, the release said.

The 38-year-old's past credits in Bollywood include, 'Allah Ke Banday', 'Singham Returns', 'Rakhta Charitra' and 'Bbuddah Hoga Terra Baap'. He has worked in some Bollywood films and television
serials as well.

This isn't Khan's first brush with the law. In 2016, he was arrested for sending obscene photos and abusive messages to a 36-year-old hair stylist. He was later released on bail.