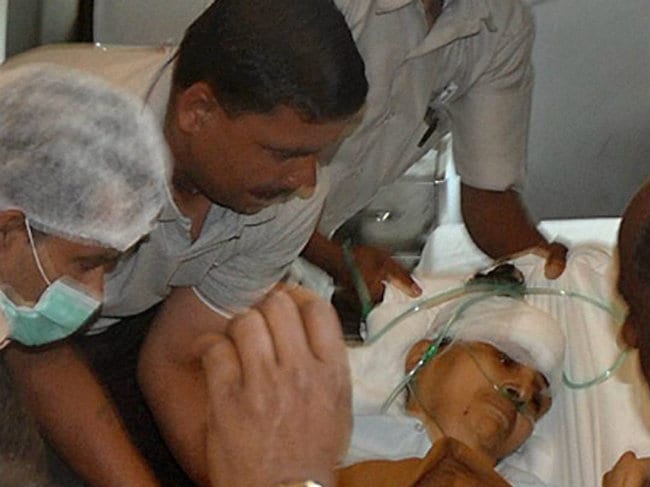 File Photo: CPI leader Govind Pansare being shifted to a hospital after he was shot in Kolhapur. (Press Trust of India)

Veteran communist leader and anti-toll tax campaigner Govind Pansare, who had sustained multiple gunshot wounds in an attack on Monday, died on Friday at Mumbai's Breach Candy Hospital. He was flown to Mumbai earlier on Friday for treatment.

Mr Pansare, who was in the forefront of the anti-road toll agitation, and his wife Uma had been out for a morning walk in Kolhapur when bike-borne assailants shot four rounds at them. Investigators said a country made weapon was used for the attack.

Mr Pansare was rushed to a local hospital; he had received injuries in the neck, armpit and right leg, and was on ventilator support.

The spot where the shooting took place is a quiet, residential area and no CCTVs were placed there, the police said. There was no eye-witness to the shooting either.

Promoted
Listen to the latest songs, only on JioSaavn.com
The police are preparing sketches of the suspects on the basis of information provided by Uma, who is recovering and is now able to speak.

Teams of Maharashtra Anti-Terrorism Squad (ATS) and Mumbai police are assisting the Kolhapur police into the probe on the attack.