Pranav Ansal was detained on the basis of a Lookout Circular issued against him by the Lucknow police in July, the officer said. 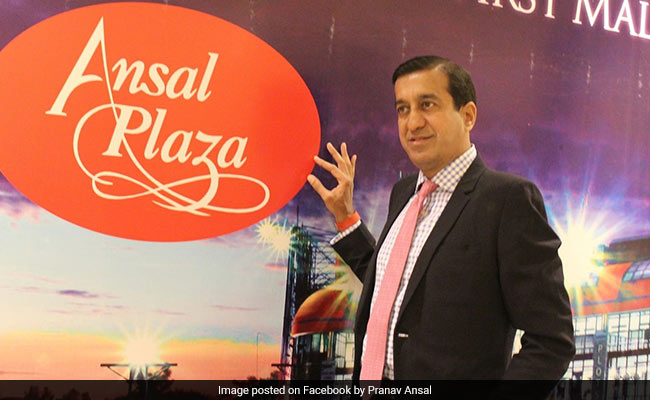 Real estate firm Ansal API's vice-chairman Pranav Ansal, who was on Sunday detained at the Indira Gandhi International Airport in Delhi will be taken to Lucknow, police said.

"11 FIRs are registered against Pranav and further investigation is going on in 13 more cases," a police officer told news agency ANI.

Pranav Ansal was detained on the basis of a Lookout Circular issued against him by the Lucknow police in July, the officer said.

Ansal API vice-chairman is being taken Lucknow, and will be produced in court on Monday.

Pranav Ansal was leaving for London when he was detained by Immigration Department officials at the airport.

"Ansal group has not only cheated the poor but also the personnel of the paramilitary forces," the police officer said.

Police said that Pranav Ansal, unaware of the notice issued against him, had planned to flee country with the money.

He is detained under various sections of the Indian Penal Code, including for criminal breach of trust, cheating, and forgery.