It has also come to light that the organisers of the ill-fated Dussehra event in Amritsar had acquired a no-objection certificate from the police but did not bother to approach municipal authorities for their consent. 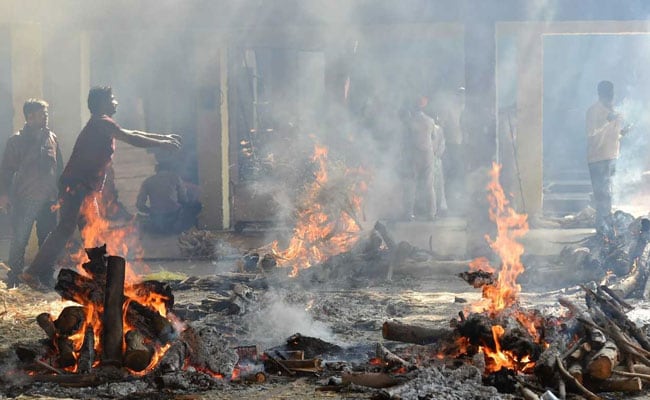 As many as 61 people were killed in the tragedy at Amritsar.

A day after 61 people were killed under a speeding train during a Dussehra event in Amritsar, the Government Railway Police (GRP) registered a first information report against unidentified people on the grounds that the accused in the case were yet to be identified. But the organisers, who are most likely to face the blame, have already taken evasive action -- local councillor Vijay Madan and her son, Sourabh Madan Mithu, are missing.

Going underground, however, failed to stem public anger against the Madans. A few people reportedly threw stones at their residence on Saturday, breaking window panes and forcing the administration to deploy police personnel in the area.

The GRP case was registered under sections 304 (punishment for culpable homicide not amounting to murder), 304A (causing death by negligence) and 338 (causing grievous hurt by act endangering life or personal safety of others) of the Indian Penal Code. "It is too early to say anything about the accused, or who was responsible for the deaths on the railway track," said Amritsar GRP station house officer Balvir Singh, adding that names will be added to the document on the basis of the ongoing investigation.

The train driver has not been arrested because he was not named in the FIR, the GRP officer clarified.

It has also come to light that the organisers of the ill-fated Dussehra event in Amritsar had acquired a no-objection certificate from the police but did not bother to approach municipal authorities for their consent. "Nobody sought permission from us," Amritsar Municipal Corporation Commissioner Sonali Giri told news agency PTI.

Railway officials have already clarified that they were not informed about the event, and ruled out the possibility of conducting an internal inquiry into a tragedy "clearly caused due to people trespassing" onto the tracks.

A number of spectators were standing on the railway track and taking photographs of the Ravana effigy burning amid dazzling lights and the sound of firecrackers when the speeding train ploughed through them on Friday evening. Ms Kaur, who was the chief guest at the event, claimed that she had already left for home before the accident occurred.

The Congress leader blamed the Railways for the tragedy. "It was paramount that they slow down the train at the site of a large event like this. How could they run their trains at such speed when there were so many people around?" she asked.