Punjab director general of police (DGP) Suresh Arora told media that the main accused, Avtar Singh, has been arrested. He said that weapons and ammunition have been recovered from the accused. 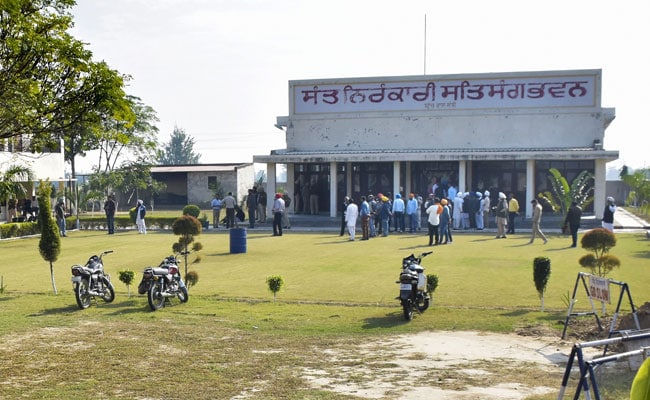 The Amritsar attack left three people dead and 15 others injured.

The Punjab Police claimed on Saturday that the main accused in the grenade attack on the Nirankari Satsang Bhawan in Amritsar district has been arrested.

Punjab director general of police (DGP) Suresh Arora told media that the main accused, Avtar Singh, has been arrested. He said that weapons and ammunition have been recovered from the accused.

Avtar was the man who allegedly threw the Pakistan-made hand grenade on the followers of the Nirankari sect when they had assembled for a prayer meeting at the Satsang Bhawan complex in Adliwal village in Rajasansi area of Amritsar district on Sunday.

The DGP said that Avtar had links with a person called Javed in Pakistan and a Khalistan sympathizer Paramjit Singh Baba in Italy.

The attack, described by Chief Minister Amarinder Singh as a "terrorist act", left three people dead and 15 others injured.

Avtar's accomplice in the attack, Bikramjit Singh, was arrested by the Punjab Police on Wednesday. He was later remanded for five days in police custody by a court in Ajnala town, around 30 km from Amritsar.

Bikramjit had reportedly stood at the gate of the Nirankari Bhawan, holding the gate attendants at gun-point. The Chief Minister had blamed Pakistan's Inter-Services Intelligence (ISI) and the Pakistan-based masterminds of the Khalistan Liberation Force (KLF) for the terror attack.

The Chief Minister said the grenade used in the blast was Pakistan-made. Amarinder said it was a "terror incident" and there was no religious link to it. The family of Bikramjit Singh have disputed the police claim of his being involved in terrorist activities.