"A Chaiwala Running Country Better Than You": Amit Shah To Manmohan Singh

Heaping praise on the BJP government at the centre, he said it has not only controlled the fiscal deficit, but also brought down inflation. 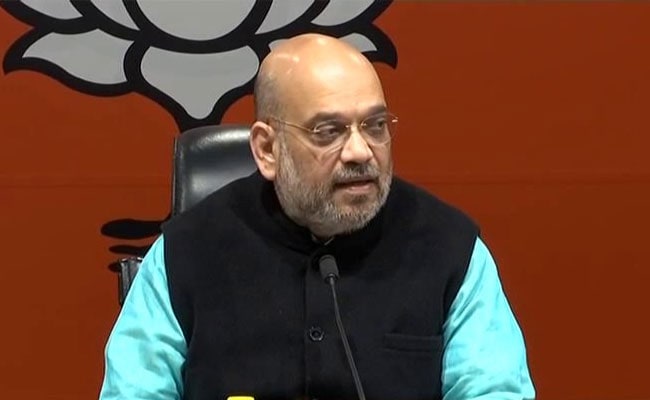 BJP president Amit Shah on Monday took a jibe at former prime minister Manmohan Singh, saying he respected his expertise in economics, but a 'chaiwala' has done a better job than him.

Speaking at the release of a book, 'Narendra Modi: Creative Disruptor-The Maker of New India',  Mr Shah also rejected the opposition's criticism that Prime Minister Narendra Modi functions like an autocrat, saying his critics don't understand the difference between "firmness and autocracy".

Heaping praise on the BJP government at the centre, he said it has not only controlled the fiscal deficit, but also brought down inflation.

"Manmohan Singh ji left the economy at the ninth position in ten years. We brought it to the sixth position in five years and in less than six months it will climb up to the fifth spot...

"And they are teaching us economics. You (Singh) are an economist and we respect you. We have no issues with the depth of your knowledge, but a chaiwala did a better job of running the country," Mr Shah said.

PM Modi often refers to himself as a 'chaiwala'.

The BJP president asserted that he could list 30 'historic' decisions taken by PM Modi, while some of the past governments could only list 4-5 such decisions in the period of 30 years.

"This government has been here only for five years, but I can list 30 decisions which have secured a place in the history of the country....whether it is the surgical strike, GST, demonetisation.

"This government has been around only for five years and there are more than 30 such decisions it has taken that have to be written in 1000 years of country's history," he said.

Mr Shah said PM Modi has displayed firmness and given a new model of governance without diluting the democracy.

The BJP president said he has been working with the prime minister since the last 35 years and his skill of being a "great listener" was one of the reasons behind his success.

"I want to tell those who dub Narendra Modi ji as an autocrat that you don't know the difference between firmness and autocracy," he said.