Amit shah praised the Raghubar Das government for "freeing" the state of the Naxal menace in the last five years. 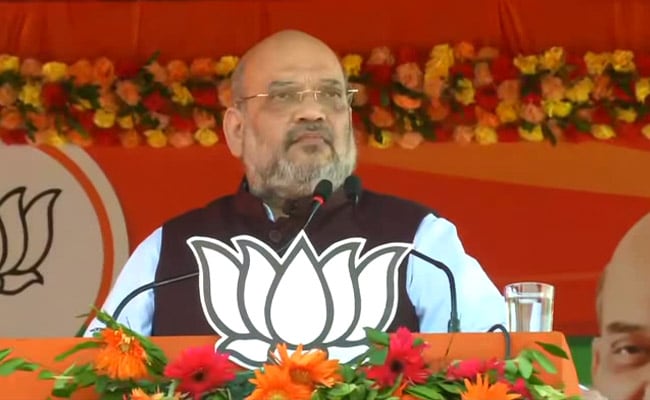 Amit Shah launched the BJP campaign from from Latehar district.

BJP president Amit Shah kicked off his party's campaign for the Jharkhand assembly polls on Thursday with the promise of catapulting the state to the top position in terms of development.

He praised the Raghubar Das government for "freeing" the state of the Naxal menace in the last five years.

"Atal ji (Atal Bihari Vajpayee) created Jharkhand and Narendra Modi will embellish and spruce it up," he told an election rally in Manika.

"People kept dying, youth sacrificed their lives, but the dream of statehood remained unfulfilled under Congress rule," he said.

Mr Shah thanked the Jharkhand unit of the party for giving him the opportunity to launch the poll campaign from Latehar district, the land of legendary freedom fighter Birsa Munda.