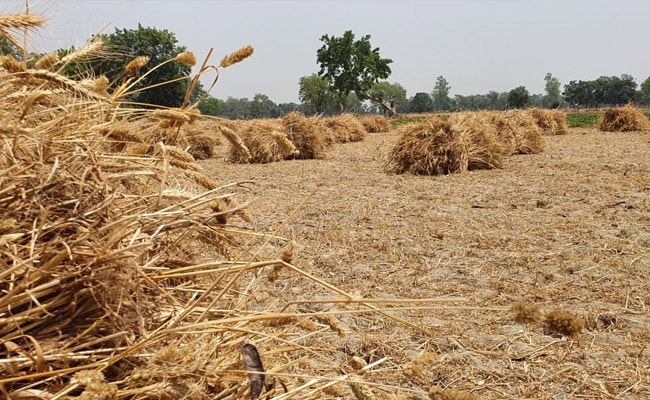 Procurement of monsoon crops begins on October 1 every year.

Procurement of rice and paddy will begin two days ahead of time, the government said today in a signal to agitated farmers, who, backed by the Congress, are holding a countrywide protest against the new farm laws. The usual date of procurement of monsoon crops is October 1 across the country. A note from the government said, "This would ensure that farmers are facilitated in selling their produce at Minimum Support Price (MSP) expeditiously".

The move is in line with the government's efforts to reassure farmers, who have escalated their dissent against the farm laws that were enacted yesterday.

Earlier, the government had advanced the procurement dates in Punjab and Haryana -- the two states where the farmers' agitation is most intense -- by five days.

The Minimum Support Prices, too, were announced a month earlier this year amid farmers' concerns that it will be scrapped once the new laws come into effect. The prices were hiked, especially for wheat, lentils and mustard -- the big crops in Punjab and Haryana.

Most farmers' organisations, however, viewed that move with deep distrust.

Gurnam Singh, a leader of farmer's organization "Bharatiya Kisan Union", had called the move a "conspiracy" by the Centre to end the farmers' agitation. Most organisations also said the hike was too little to make a difference.

The new laws, signed by President Ram Nath Kovind on Sunday, will help farmers increase their income and free them from the interference of middlemen, the government has said. Bypassing wholesale markers, the new laws enable farmers to deal directly with big corporations for the sale of produce and even allow pre-harvest contracts.

Farmers, however, are apprehensive about dealing directly with corporates. They fear that they will not be paid even the Minimum Support Price fixed by the government and be exploited. Calling the new system "anti-farmer", they have demanded that the laws be repealed.

The Congress, which has been backing the farmers' protest, today spoke of over-ruling the Centre's laws in the states it rules. Party chief Sonia Gandhi asked Congress-ruled states to consider bringing laws to that effect.

"Hon'ble Congress President has advised the Congress-ruled states to explore the possibilities to pass laws in their states under Article 254(2) of the constitution which allows the state legislatures to pass a law to negate the anti-agriculture central laws encroaching upon state's jurisdiction under the constitution," the Congress said in a statement.