General Election 2019: "Over the last five years, the BJP has destroyed every pillar of democracy. But the Endgame has begun. MahaGathbandhan Sarkar. Coming soon," Akhilesh Yadav posted on Twitter 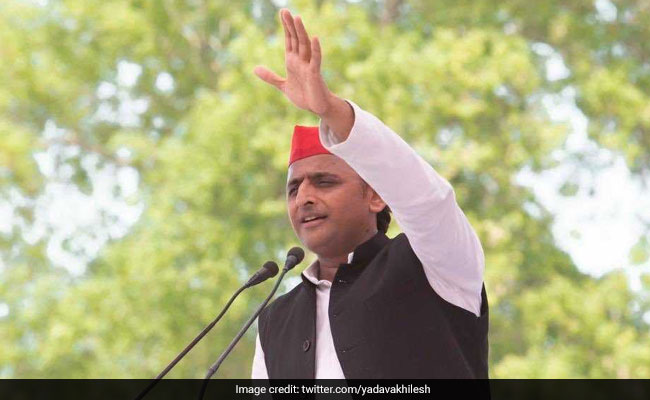 Election 2019: Akhilesh Yadav said the BJP has destroyed every pillar of democracy in the last 5 years

At a time when movie-goers the world over are scrambling for tickets to the latest Avengers movie, Samajwadi Party chief Akhilesh Yadav on Friday tweeted his own version of an "endgame" to come.

"Over the last five years, the BJP has destroyed every pillar of democracy. But the Endgame has begun. MahaGathbandhan Sarkar. Coming soon," he posted on Twitter, attaching an image of the words "Mahagathbandhan Sarkar" etched against a blue background in the style of Marvel Studios.

The reference is to "Avengers: Endgame", the latest installment of Marvel Studio's Avengers franchise that shows a team of ragtag superheroes teaming up against the mighty Thanos after he has used the Infinity Stones to eliminate half of all life across the universe. However, in Akhilesh Yadav's alternate universe of Uttar Pradesh, it is three political parties -- the Samajwadi Party, Bahujan Samaj Party and Rashtriya Lok Dal -- that have come together against the BJP in the Lok Sabha elections.

Over the last five years, the BJP has destroyed every pillar of democracy.

But the #Endgame has begun. #MahaGathbandhan Sarkar

The BJP won as many as 71 seats across the state amid an overarching Modi wave in the 2014 Lok Sabha elections, leaving just nine for its political rivals.

But unlike the superheroes in the movie, not every anti-BJP party is part of the Uttar Pradesh grand alliance. Having been left out by both Akhilesh Yadav and Mayawati, the Congress has allied with a few minor players -- the Jan Adhikar Party, Mahan Dal and Apna Dal -- to make its mark in the electoral contest. The Captain Marvel in this scenario seems to have come from the Congress' camp in the form of surprise entrant Priyanka Gandhi, and if political experts are to be believed, she is more likely to cut into the grand alliance's votes than cause any damage to the BJP's electoral prospects.