The BSP chief attacked the Congress government, alleging deliberate inaction due to polls, and demanded the Supreme Court take charge of the investigation 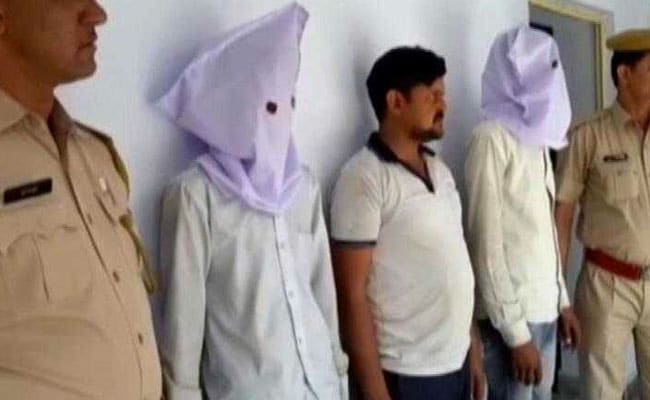 Bahujan Samaj Party chief Mayawati today criticised the Congress government in Rajasthan over the gang-rape of a Dalit woman on April 26. The rape occurred in Alwar district and has provoked additional outrage for the police's allegedly delayed reaction to the survivor's complaint.

The woman had informed authorities of the crime on April 30 but the police failed to act on her complaint till May 7, leading her husband to claim they did so because of the election; the state voted across two phases - April 29 and May 6 - of the 2019 Lok Sabha election.

A report by ANI news agency quoted Mayawati as saying, "The Congress government suppressed this incident till the end of election in Rajasthan to preserve their political benefits and threatened the family of the survivor  to keep quiet about it".

She added, "We want the Supreme Court to act against the Congress, the police and the state administration and punish them as strictly as possible".

BSP Chief Mayawati: The guilty in Alwar gang-rape case should be hanged till death. Supreme Court should take action against the Congress government, police and the administration in the state. This matter is not just related to Dalits but all women. pic.twitter.com/CXm5GnCm6D

On April 26, the woman was riding pillion on a motorcycle with her husband when the accused, who were on two bikes, waylaid them in Alwar and took them to a field. They allegedly thrashed the husband and raped the woman in front of him.

Mukesh Gurjar allegedly filmed the crime in his mobile phone. After the couple went to the police, the accused allegedly demanded money for not circulating the video on social media.

Chief Minister Ashok Gehlot has said the guilty won't be spared and the state will ensure speedy trial.

However, Mayawati refused to let up on her criticism. She also claimed that given the Congress government's approach to this crime, the Dalit rape survivor was ulikely to get justice. She said, "Our party wants the Supreme Court of India to take the charge of investigation of this case".

With two of the seven phases of the general election still left, the case has also acquired political overtones with the BJP attacking the Congress.

Party leader Sambit Patra tweeted: "In Congress Ruled Rajasthan for 7 days the cops sat on Dalit gangrape and waited for the polls to end .. If the same would have happened in a BJP ruled state, the gang of liberals would have unleashed their most scathing attack on Modi."

In Congress Ruled Rajasthan for 7 days the cops sat on Dalit gangrape and waited for the polls to end ..
If the same would have happened in a BJP ruled state,the gang of liberals would have unleashed their most scathing attack on Modi
Is Lutyen extending it's protection to Rahul? pic.twitter.com/CTtyxEFyqg

The BJP-led state government was toppled by the Congress in Assembly elections last year. That reverse came after the BJP swept all 25 Lok Sabha seats in the 2014 general election.

The results of the 2019 general election will be declared on May 23.