The six women officers trained under Captain Dilip Donde, the first Indian to solo-circumnavigate the globe in 2009-2010, the Navy official said. 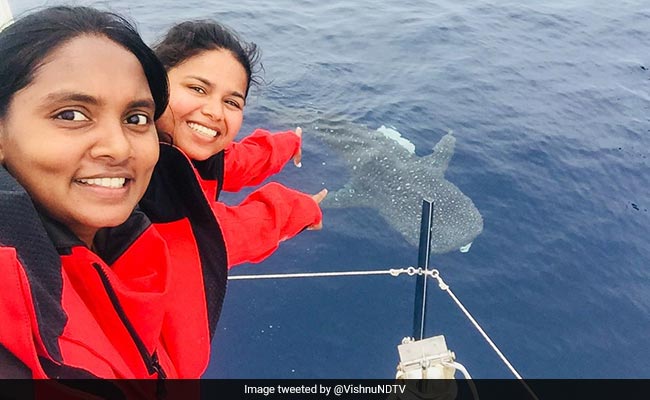 Panaji: Over eight months after it set sail from Goa, the all-women crew of the Indian Navy on board the naval vessel INSV Tarini, will return to the state on Monday after the historic circumnavigation of the globe.

Defence Minister Nirmala Sitharaman will welcome the all-women crew when it arrives near Panaji, from where they had embarked on the journey on September 10 last year.

"The Defence Minister and Navy Chief Admiral Sunil Lanba will be present for the flag-in ceremony of the ship near Panaji on Monday," a Navy spokesperson said.

The expedition named 'Navika Sagar Parikrama' is led by Lieutenant Commander Vartika Joshi and it is the first-ever Indian circumnavigation of the globe by an all-women crew, the spokesperson added.

The six women officers trained under Captain Dilip Donde, the first Indian to solo-circumnavigate the globe in 2009-2010, the Navy official said.

Promoted
Listen to the latest songs, only on JioSaavn.com
The expedition was sailed in six legs, with stopovers at the Fremantle (Australia), Lyttleton (New Zealand), Port Stanley (Falkland Islands), Cape Town (South Africa) and Mauritius.