"We have put all security measures in place including the deployment of sniper teams, bomb disposal squads, commando units and others," said UP Police chief HC Awasthi in a video message. 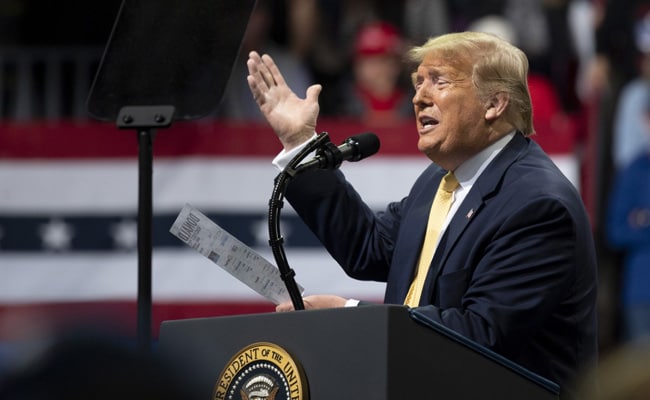 UP Police chief assured that Donald Trump and team will get best security arrangements.

Uttar Pradesh DGP HC Awasthi on Sunday said that all security measures, including the deployment of sniper teams, bomb disposal squads, commando units are in place in view of US President Donald Trump's visit to India.

"We have put all security measures in place including the deployment of sniper teams, bomb disposal squads, commando units and others," said Mr Awasthi in a video message.

He assured that Uttar Pradesh Police is determined to provide best security arrangements to the dignitaries.

Along the entire route, NSG Commandos and sniper teams, along with ATS teams for counter-attack have been deployed, he said.

An outer diversion route has also been planned for vehicles which have to pass through Agra to cross over to other cities. This will decrease the burden on traffic in the city.

As many as 10 paramilitary companies and 5,000 security personnel have been deployed. Around 30 CCTV cameras have been placed at 18 locations on the scheduled route of Trump from Kheria airport to the Taj Mahal.

Trump will arrive in India on Monday for the two-day visit at the invitation of Prime Minister Narendra Modi.

The US President, accompanied by wife Melania, daughter Ivanka and her husband Jared Kushner along with the US delegation will visit Agra on February 24.