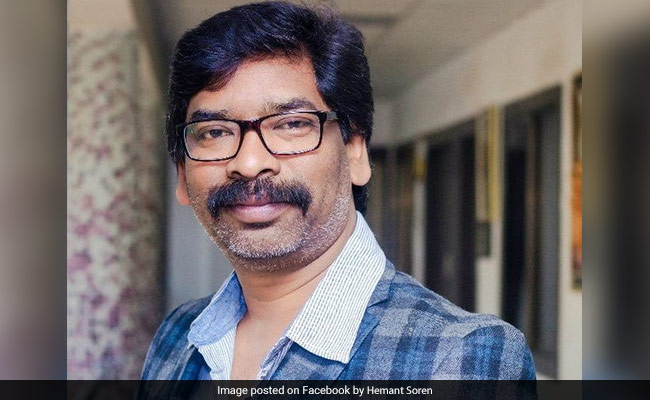 Jharkhand Chief Minister Hemant Soren has called a meeting of all the legislators of the Mahagathbandhan, or grand alliance, in Ranchi today.

Though it has been officially stated that the meeting aims to receive feedback from the legislators on the prevailing drought situation in the state, it is widely believed that the real reason behind today's meeting is to keep the grand alliance together and keep any poaching attempt by the Bharatiya Janata Party (BJP) at bay, as the Election Commission's (EC) verdict in the office-of-profit case against Mr Soren is awaited.

Ruling Jharkhand Mukti Morcha, or JMM, MLAs have been told to remain in Ranchi ahead of the EC verdict. The Congress party is said to have also directed its MLAs not to leave Jharkhand until August 24, asking them to ensure that they reach the state capital within five hours in case of any crisis situation.

Yesterday, Supriyo Bhattacharya, the JMM Spokesperson, rejected speculation that today's meeting had been convened to chalk out a plan for the future of the grand alliance government if Mr Soren's membership in the state assembly is disqualified by EC.

Mr Soren was served a notice by EC on May 2 for allegedly misusing his office as the Chief Minister and Minister of Industries in allotting a black stone mining lease over 0.88 acres of land in Ranchi's Angara block in September last year.

Mr Soren, in his response to the EC, argued that the mining lease was obtained in 2008 and was surrendered earlier this year without any mining activity being undertaken.