All About the INS Visakhapatnam, Navy's Most Powerful Destroyer 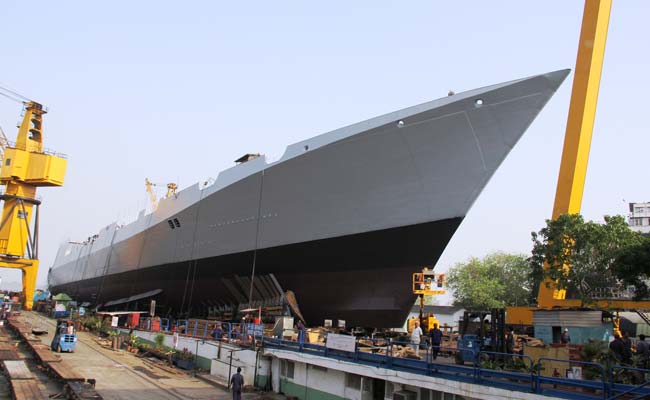 At 7,300 tonnes, Visakhapatnam will be the largest destroyer commissioned in the country

Three days before it is launched, fresh details have emerged about the Navy's newest destroyer, the Project 15B Visakhapatnam Class. Four ships of this class are being built in a Rs 29,340 crore project.

While the first ship will be named INS Visakhapatnam, NDTV has learnt that two of her three sister ships may be called INS Paradip and INS Marmagoa. The final ship of the class will likely bear the name of a port in Gujarat. The names of the warships will need to be cleared by the President before being finalised.

At 7,300 tonnes, Visakhapatnam will be the largest destroyer commissioned in the country and will be equipped with the Israeli Multi Function Surveillance Threat Alert Radar (MF-STAR) which will provide targeting information to 32 Barak 8 long-range surface to air missiles onboard the warship.

Promoted
Listen to the latest songs, only on JioSaavn.com
The Barak 8 missile being co-developed with Israel is at present being integrated in the Navy's new destroyer, INS Kolkata and will be test-fired by October this year.  Like the INS Kolkata, the Visakhpatnam will be able to fire 16 long range Brahmos anti-ship missiles.

There are some important differences between the Navy's Kolkata class destroyers and the Visakhapatnam class though they share the same hull-design and Ukrainian-built Zorya gas turbines.