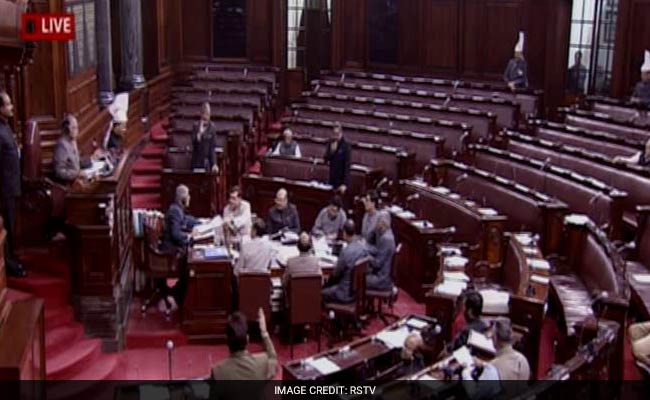 All five candidates for as many Rajya Sabha seats in Bihar were on Wednesday declared elected unopposed as no other nominations were filed, an official said.

Bihar assembly secretary-cum-returning officer Bateshwar Nath Pandey told news agency PTI that certificates were handed over to all the five candidates after the deadline for withdrawal of nomination papers at 3 pm.

Since no other candidate had filed nomination papers, the voting, which was scheduled on March 26, was done away with.

Elections were necessitated for the seats as they were falling vacant next month upon the expiry of term of the sitting members all of whom belonged to the JD(U)-BJP combine in the state.

The JD(U) candidates were Harivansh, who is currently the deputy chairman of the Rajya Sabha, and Ram Nath Thakur. They will be serving a second consecutive term.

Harivansh is a veteran journalist, who has edited the Prabhat Khabar for long, and is considered a confidant of Chief Minister Nitish Kumar, who is also the JD(U)'s national president.

Ram Nath Thakur is the son of former chief minister Karpoori Thakur, arguably the tallest OBC leader from Bihar who Kumar and other socialist leaders of his generation consider their political guru.

Mr Gupta, who is a close aide of RJD supremo Lalu Prasad, hails from Haryana and had served as a minister in the UPA-1 government at the Centre.

Mr Singh, who is an entrepreneur, is not known for prior involvement in politics.

His candidature had caused much bewilderment in the five-party grand alliance headed by the RJD, one reason being that he is a Bhumihar, the upper caste known to be most vocally opposed to Lalu Prasad in Bihar.