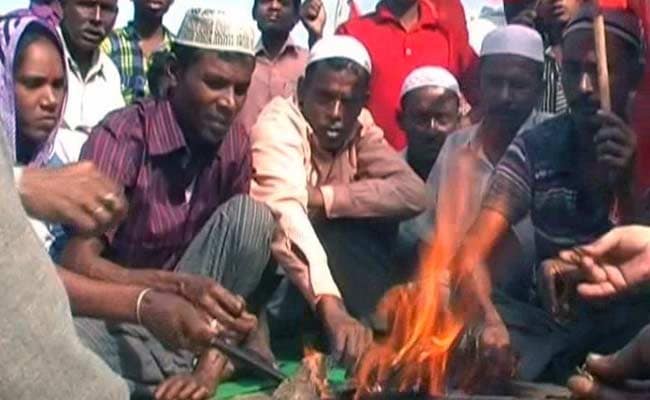 A conversion ceremony was held recently in Agra, Uttar Pradesh

Aligarh: A religious conversion ceremony in Aligarh planned for December 25 was called off on Tuesday, hours after Prime Minister Narendra Modi warned his MPs not to cross the "Laxman Rekha" with their controversial comments.

"There is too much attention (on the matter) right now. It is not cancelled, we will reschedule it," Mr Singh told NDTV. No date has been fixed for the event yet, he added.

The organisers had vowed to hold the ceremony even after being denied permission by the Uttar Pradesh police. Heavy security has been in place in Aligarh and public functions have been restricted in the town and its neighbouring districts.

The authorities of the Maheshwar Inter College, the proposed venue for the December 25 ceremony, have also backed out. "The permission given was conditional. We were told it was some national security function and Hindu sammelan, not a conversion or 'home-coming' ceremony," said Principal Tirkha Singh.

Among those who talked about attending the event was BJP MP Yogi Adityanath, who has repeatedly defended conversions, calling them the homecoming or "Ghar-wapsi" of people who converted to other faiths and are returning to Hinduism.

It is no coincidence that the event was shelved just hours after PM Modi had a stern talk with party MPs about crossing the line and diverting attention from his government's development agenda.

Promoted
Listen to the latest songs, only on JioSaavn.com
Mr Modi reportedly told his lawmakers that controversial statements made by some of them were hurting the party and government's image and that no one should cross the "Lakshman Rekha".

The government has been under attack from a united Opposition ever since the conversion of 57 Muslim families in Agra last week, in an event allegedly organized by the Dharm Jagran Samiti and the Bajrang Dal, another group linked to the RSS. The man at the centre of the event, Nand Kishore Valmiki, was arrested yesterday.

Gujarat's 'Moustache Man' Maganbhai Solanki On Why He Is Contesting Polls