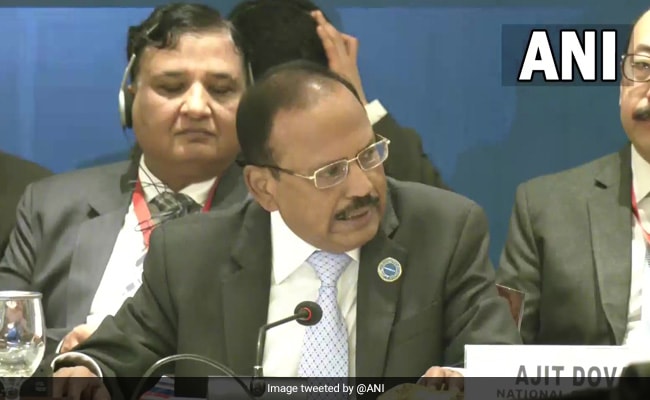 National Security Advisor Ajit Doval on Wednesday held separate talks with his counterparts from Russia, Iran and Kazakhstan with a focus on the situation in Afghanistan as well as issues relating to bilateral ties.

In their meeting, Mr Doval and Patrushev discussed plans for further cooperation between the two countries in the sphere of security besides touching upon a number of regional problems, according to a Russian statement.

It said special attention was paid to cooperation on various information security-related issues.

"There were detailed discussions on Afghanistan as well as on bilateral relations," it said.

On Mr Doval's meeting with Massimov, the sources said besides focusing on developments in Afghanistan, there were discussions on enhancing connectivity and trading routes between the two countries, and practical steps to be taken in this direction.

The sources said bilateral trade and the current state of relations between India and Iran figured in the meeting between Doval and Shamkhani, besides discussion on Afghanistan.

They said discussions also took place on how to carry forward the dialogue process on Afghanistan under the format that was followed to host the Delhi Dialogue on Wednesday.

Iran had hosted the dialogue under the same framework in 2018 and 2019.