Jet Airways and Air Canada have been directed to pay compensation and both are severally liable for deficiency in service faced by the complainants. 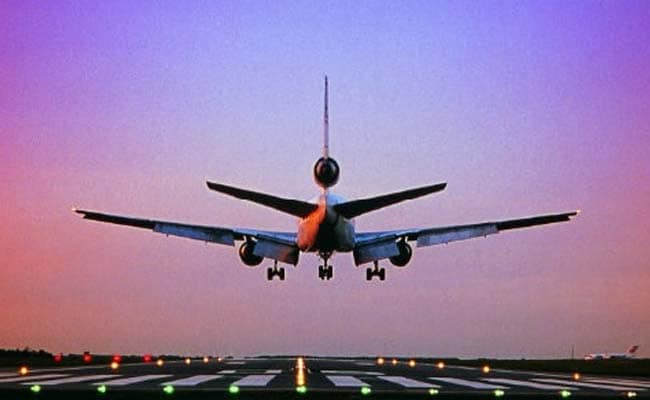 Complainants were forcibly deboarded from the flight on flimsy grounds. (Representational)

The Punjab State Consumer Disputes Redressal Commission has ordered two airlines to jointly pay a compensation of Rs.35 lakh to a woman and her two minor children for the "mental agony, tension, harassment" suffered by them after being asked to de-board a Toronto-bound flight at Delhi airport last year.

Minali Mittal along with her two children, 11-year-old daughter and 3-year-old son, was travelling to Toronto in September 2017. They boarded a Jet Airways flight from the Chandigarh International Airport at Mohali to Delhi for their journey to Canada.

Ms Mittal, in her petition, submitted that on boarding the Air Canada flight in Delhi, her daughter Teesha Mittal who had to use the washroom, kept waiting as it was locked.
It was alleged that the "washroom was emitting a foul smell," due to which Teesha suffered from nausea and vomited at the door of the washroom.

Commission president Justice Paramjeet Singh Dhaliwal and member Kiran Sibal in their July 23 order directed the two airlines "to pay lump sum compensation for the mental agony, tension, harassment, misbehaviour, humiliation and hardships suffered by the complainants at the hands of crew staff of opposite parties (the airlines).."

"Crew staff of Air Canada screamed at minor complainant and wrongly termed it as sickness of complainant No.2 (Teesha), minor, and on that grounds they misbehaved and forced the complainants (mother and her two children) to deboard the plane, taking the plea of safety of other passengers," the Commission said in its order.

"The act of opposite parties No 4-6 (Air Canada) in deboarding complainants at Delhi airport without any sufficient, cogent, effective and valid reason, in the night hours on 03.09.2017... amounts to grave deficiency in service and adoption of unfair trade practice on part of all opposite parties, as Jet Airways was having Code Sharing Arrangement with Air Canada," the order said,

The Code Sharing arrangement is a commercial agreement between two airlines that allows passengers to use a ticket from one airline to travel on another.

"In the present case, the complainants were forcibly deboarded from the aircraft on flimsy grounds and were left at the airport, without any luggage, eatables or even without a bottle of water..."

"Admittedly, when the complainants were deboarded at Delhi airport, their luggage was not offloaded at Delhi, rather it was taken to Toronto in the flight of Air Canada. Thus, the complainants have every right to take action against both carriers, being contracting parties, due to their illegal and forcible deboarding from the flight at New Delhi.

"Thus, both carriers, Jet Airways and Air Canada, are jointly and severally liable for the deficiency in service faced by the complainants," the Commission held while describing the acts of deficiency of service as also violation of the Universal Declaration of Human Rights.

It also ordered the director general of Civil Aviation, to ensure that airlines develop a consumer friendly approach.

In their defence, Jet Airways contended that the complainants had suppressed and misrepresented facts, with regard to booking/purchase of tickets, and said their pleas about non-cooperation etc. are completely misplaced, while Air Canada in its separate reply, raised preliminary objections that the complainants were not its consumers, as no consideration has been paid to Air Canada.

Air Canada has maintained that the mother and her minor children were deplaned, as Teesha Mittal was found to be unwell and admittedly vomited within the aircraft.

The airline maintained that cabin crew members deemed it fit to deplane her, along with other complainants for sake of safety of the child passenger, being a long-haul flight, as "carrying a sick passenger would have been risky for the child, in case a mid-air crisis takes place".

The commission said airlines should also develop a policy in what circumstances a passenger can be deplaned, specifically when passenger appears to be sick, whether such sickness is of such a serious nature that he/she cannot be allowed to fly.