Ensure No Smog In Delhi: Supreme Court To Centre On New Commission's Task 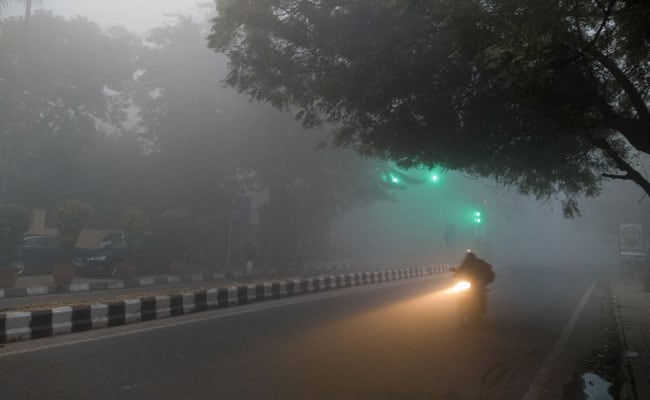 A commission formed to fight air pollution in the National Capital Region will start working from today, the centre told the Supreme Court after Chief Justice of India SA Bobde instructed them to ensure there's "no smog in the city".

Air quality in the National Capital Region or NCR has been a matter of big concern as winter approaches amid the coronavirus pandemic. Delhi has been reporting thousands of COVID-19 cases every day.

"There are many commissions, brains working, but ensure there's no smog in the city," Chief Justice Bobde said.

The petitioner's lawyer Vikas Singh said not a single member from the Health Ministry is in the committee even though air pollution is closely linked to health issues, apart from damaged to the environment. Mr Singh said by the time the Supreme Court takes up the case entirely, the situation will be worse.

"The committee can speak to anyone. We are not abdicating our responsibility. We have limitations not on power but on functionality... This problem has to dealt by the executive. They have resources and money," Chief Justice Bobde said, to which the centre replied the committee will start working from today.

The Supreme Court said the recent ordinance by the Law Ministry to check air pollution does not have "grading of offences". Taking note of it, Solicitor General Tushar Mehta said he will respond when the top court takes up the case and comes to the point about grading of offences.

Faced with rising air pollution in Delhi-NCR, the centre introduced the new law through an ordinance that puts in place a powerful oversight body and provides for up to five years of jail term and Rs 1 crore fine for violators with immediate effect.

Under the ordinance, the Environment Pollution (Prevention and Control) Authority or EPCA has been dissolved and replaced by a commission comprising over 10 members.

The Supreme Court will hear the matter again after Diwali, in the week starting November 16.

Firecrackers are banned in Delhi due to the persistently high pollution and smog levels that experts believe put more people at risk from the coronavirus. Haryana has also made possession and sale of imported firecrackers illegal.