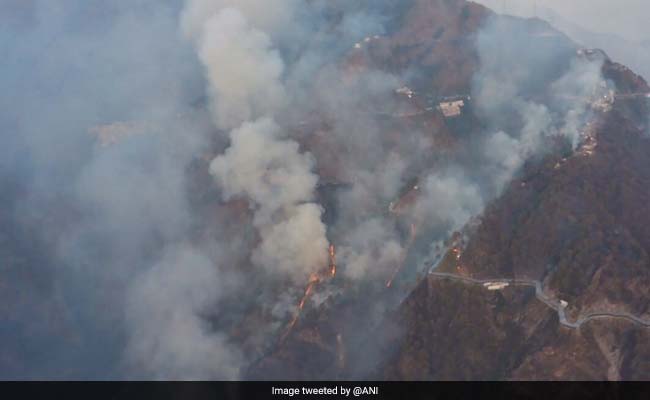 The yatra from Ban Ganga and Tarakote Marg was suspended soon after the fire erupted.

Katra: A day after fire broke out in Trikuta Hills of Katra district leading to suspension of the Vaishno Devi yatra (pilgrimage), the Indian Air Force (IAF) has managed to contain the fire. The yatra has also resumed today.

The fire erupted Wednesday evening after which the new battery car track was closed for Vaishno Devi pilgrims. Fire engines tried to contain the fire and the IAF deployed helicopters with underslung Bambi Bucket to douse the flames. Two MI-17s were also kept on standby. A light utility helicopter was sent to survey the Trikuta Hills.

The yatra from Ban Ganga and Tarakote Marg was suspended soon after the fire erupted. Thousands of pilgrims were stranded at the Katra base camp for clearance to start the trek to the shrine located in Jammu and Kashmir's Reasi district.

The fire department have deployed engines as well as helicopters to douse the flames. Trenches were also dug to prevent the fire from spreading out, an official said. 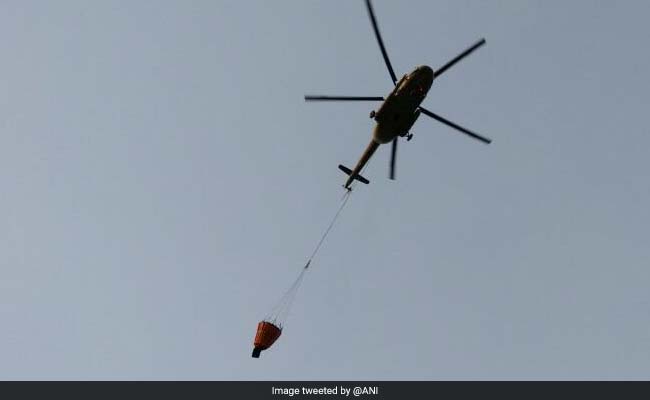 The IAF deployed helicopters with underslung Bambi Bucket to douse the flames.

"The blaze has been contained to a large extent. For the safety of the pilgrims, the passage to the shrine was closed," an official added.

"We were towards the end of the yatra and managed to come down safely. But we were scared to see the fire spreading in the area. The authorities suspended the yatra and thousands of pilgrims were struck either at the base camp or near the shrine," a pilgrim told news agency ANI.

Promoted
Listen to the latest songs, only on JioSaavn.com
Over two crore pilgrims visit the shrine every year. A new path to Vaishno Devi was recently thrown open for pedestrians and battery-operated cars. No horses or mules are allowed on this route.