Air Chief Marshal Bhadauria said that once Rafale aircraft start joining the IAF's fleet, the enemy would "think and think a lot". 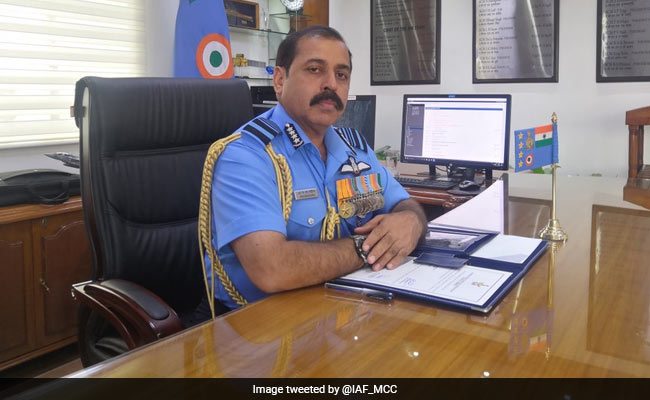 "If everyone works in this direction, we will be successful," Air Chief Marshal Bhadauria said. (File)

A lot of lip service is being done regarding the ''Make in India'' programme when it comes to developing indigenous arms platforms in the country, Air Chief Marshal RKS Bhadauria said on Monday, stressing that all organisations and private companies should work together for results.

Moreover, the Indian Air Force (IAF) chief said that there is no question of parity between the Pakistan Air Force and the IAF as the former was not able to hit a single target during post-Balakot operations.

During the "Aaj Tak Agenda" programme, the IAF chief said, "Everyone has to work in this direction (of indigenous development). We have given our support. DRDO has to design a timeline... PSUs should be encouraged for private sector participation."

"Right now, in this ''Make in India'' and indigenisation (programme), a lot of lip service is being done. Our intentions are very good but practically, the work is going on extremely slowly. If everyone works in this direction, we will be successful," he added.

The IAF chief said that he cannot point to a single drawback that is hindering the indigenous development programmes, adding that "everyone should work in this direction whether it is DRDO, PSUs, private sector, etc".

The fighter jets of the IAF had bombed and destroyed the terror camps at Balakot on February 26 this year in response to the terrorist attack on a convoy of Central Reserve Police Force (CRPF) vehicles on February 14 in which 40 jawans were killed.

Air Chief Marshal Bhadauria said that once Rafale aircraft start joining the IAF's fleet, the enemy would "think and think a lot".