The IAF chief called the increase in the capital outlay of Defence budget "a huge step", which will provide adequate budgetary support amid the COVID-19 pandemic. 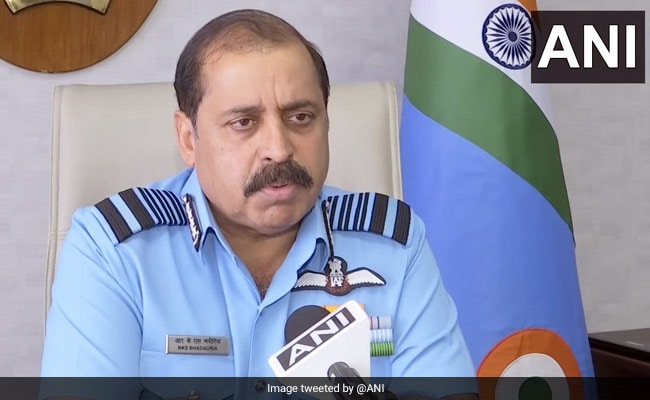 "We alter our deployments as per what we see on the ground," Air Force RKS Bhadauria said.

Asserting that India has made adequate deployments at the China border to deal with the standoff, Indian Air Force Chief RKS Bhadauria on Thursday said " talks are going on" with Beijing.

"The situation there currently is that talks are going on. We have deployed our forces which are required. All depends on how the talks go. A lot of attention is being given to that and if de-escalation and disengagement start, it would be good. If it does not happen or some new situation happens, we are fully prepared for that," IAF Chief Bhadauria told ANI.

Over the reports of a pullback by the Chinese side in the Ladakh sector, IAF Chief Bhadauria said, "From China's side, there have been some pullbacks from air deployment view and changes in deployment. But there have some other actions which have been contrary like strengthening their air defence capability. These deployments have not reduced and are being strengthened."

"We alter our deployments or readiness level as per what we see on the ground."

From China's side, there've been some pullbacks from air deployment & changes in deployment. But there have been some other actions which are contrary like strengthening their air defence capability, those deployments haven't reduced & deployments are being strengthened:IAF Chief https://t.co/lWCocgJQZD

Whether the induction of Rafale aircraft has caused worries in the Chinese camp, he said, "Of course, it will."

On how LCA Tejas induction will help squadron strength of Air Force, he said, "With LCA induction, we have arrested the slide of the number of squadrons depleting and we've now reversed it to start increasing back. We are going to start upwards 30 squadrons now."

Furthermore, the IAF chief called the increase in the capital outlay of Defence budget "a huge step", which will provide adequate budgetary support amid the COVID-19 pandemic.

"We all know the pandemic effect and its impact on the economic scenario. To get this level (Rs 20,000 crores) increase in capital outlay, it is a huge step by the government to provide that kind of budgetary support," he told ANI on whether budget hike for modernisation would meet IAF requirements.

"Last year also, additional funds of Rs 20,000 crores were provided. That helped the emergent procurement plans of the three forces and that really helped us. I think it is adequate for our capability building," he added.

This statement comes after defence forces received an overall hike of around 7.4 per cent over last year as Rs 3.62 lakh crores were provided to them excluding pensions amid the China military standoff.

Additionally, the defence forces received more than 18 per cent hike over last year in capital outlay meant for acquisition of new weapon systems as Rs 1.35 lakh crores have been provided over the Rs 1.13 lakh crores last year.