Mukta Tilak travelled from Pune, around 200 Km from Mumbai, and then arrived at the Central Hall in Vidhan Bhavan in south Mumbai to cast her vote, she is unwell for a long time. 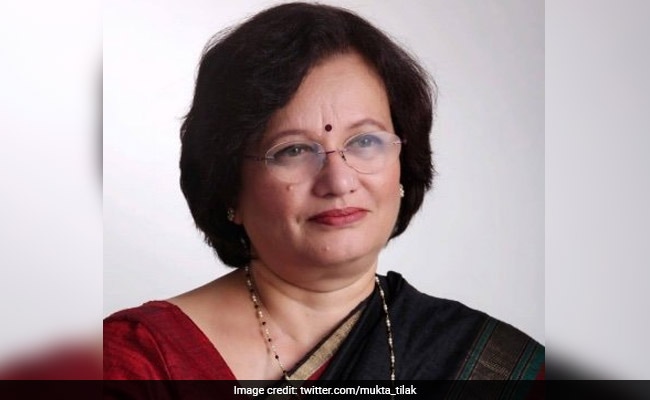 Ailing Bharatiya Janata Party MLA from Maharashtra's Pune city Mukta Tilak travelled to Mumbai to take part in the Presidential poll on Monday and arrived at the election venue on a wheelchair to cast her vote.

Ms Tilak, a first-time MLA, has been unwell for a long time. However, despite her poor health, she travelled from Pune, around 200 Km from Mumbai, and then arrived at the Central Hall in Vidhan Bhavan in south Mumbai on a wheelchair to cast her vote in the Presidential poll.

Last month, too, the 56-year-old MLA from the Kasba Peth constituency in Pune city had travelled to Mumbai to first vote in the Rajya Sabha polls and then the state Legislative Council elections.

Her fellow legislator from Pimpri-Chinchwad township in Pune district Laxman Jagtap, however, could not make it this time. "He is undergoing treatment related to pancreas and could not miss his dose (of medicines). Given the seriousness of his ailment, he chose not to travel to Mumbai," said a Pune-based BJP leader.

Like Ms Tilak, despite being ill, Mr Jagtap had managed to vote during the biennial Rajya Sabha and the Legislative Council elections held on June 10 and June 20, respectively.

Meanwhile, two MLAs of the Nationalist Congress Party (NCP) - Anil Deshmukh and Nawab Malik - could not vote because they are in jail under various charges, including money laundering.

Mahendra Dalvi, a Shiv Sena MLA from Chief Minister Eknath Shinde's camp, was not allowed to cast his vote by the Election Commission of India (ECI), said a Vidhan Bhavan official.

The MLA from Alibaug in Raigad district was recently convicted in an old case and although he was granted bail, a complaint was filed against him with the ECI, he said.

"With legal documents available with the ECI, Dalvi was denied permission to vote in the election. Hence, he could not vote today," said the official.

There are 288 seats in the Maharashtra Legislative Assembly of which one is vacant after the death of Shiv Sena MLA Ramesh Latke a few months ago.

Elected members of the Assembly and Parliament vote in the Presidential poll. The BJP-led NDA's nominee Droupadi Murmu and former Union Minister Yashwant Sinha, the joint opposition candidate, are vying for the top constitutional post.