Ahead Of US Sanctions, Reliance Industries Halts Iranian Oil Imports 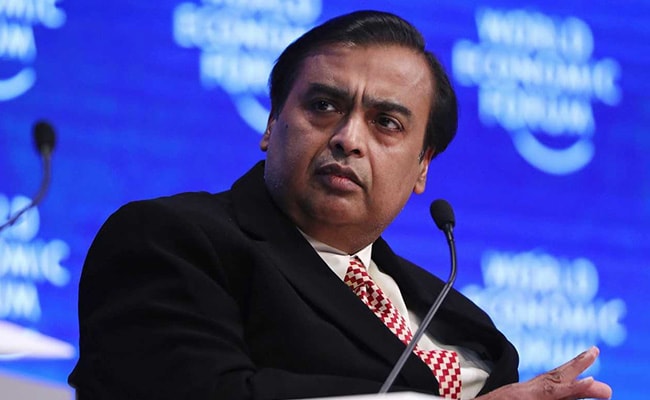 Reliance on Wednesday reported a record quarterly profit in the July to September period.

Reliance Industries Ltd, owner of the world's biggest refining complex, has halted imports of Iranian crude ahead of US sanctions against Tehran's oil sector, its joint chief financial officer said.

The United States plans to impose new sanctions on Iran's oil sector from November 4 in a bid to curb Iranian involvement in conflicts in Syria and Iraq and bring Tehran to the negotiating table over its ballistic missile programme.

V. Srikanth said Reliance has boosted purchases from other Middle Eastern suppliers and the United States to make up for the loss of Iranian barrels and reduced intake of Venezuelan oil.

Venezuela's oil production is at a 60-year low after years of underinvestment.

"We continue to get (Venezuelan oil) but I would say it is lower," Mr Srikanth said. "Iranian supplies are zero. Therefore we have had to look at alternatives like... Middle Eastern crudes, and we are also taking some U.S. grades."

Reliance, the conglomerate controlled by billionaire Mukesh Ambani, has significant exposure to the U.S. financial system, where it operates some subsidiaries.

The company's decision to stop buying Iranian oil from October-November came after an advisory from its insurers, a source familiar with the matter told Reuters in May.

Its two advanced plants at Jamnagar in western Gujarat state can together process 1.4 million barrels per day (bpd) of oil and have the capability to turn cheaper, dirtier crudes into high-value refined products.

However, its gross refining margin for the three months through September, or profit earned on each barrel of crude processed, fell to $9.50 per barrel, a 3-1/2 year low.

Reliance said higher oil prices, a narrowing price spread between light and heavy crude and weaker light distillate cracks during the quarter had affected its refining and marketing business.

Reliance had also declared force majeure on gasoline exports from its Jamnagar site in August due to a technical glitch at a fluid catalytic cracker.

Mr Srikanth said the government's recent order to state-owned fuel retailers to cut marketing margins by 1 rupee a liter will not affect his firm's plan to ramp up its network of retail fuel stations.

The company has 1,325 fuel stations. The price of gasoil and gasoline sold through that network is on a par with that of state fuel retailers, Mr Srikanth said.